I made this jacket during the summer, which is when I took these photos (hence the sandals), it's definitely woolly tights weather now. 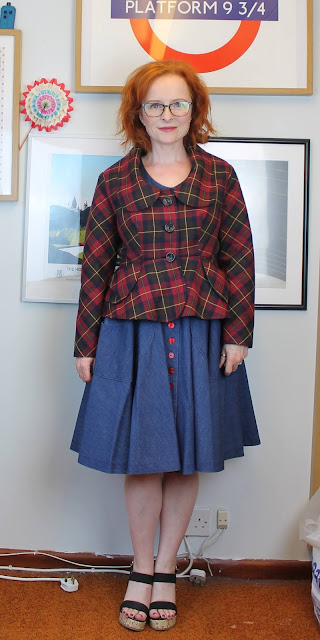 This fabulous Vivienne Westwood Anglomania jacket was the inspiration. 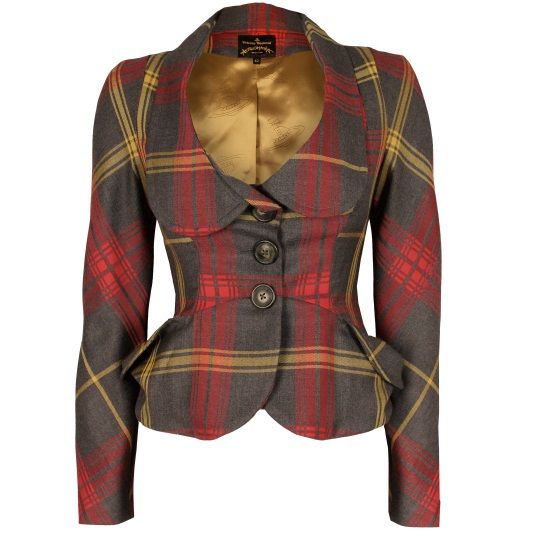 The pattern I used is McCall's M7513, which my lovely friend Suzie from Threadquarters gave to me. 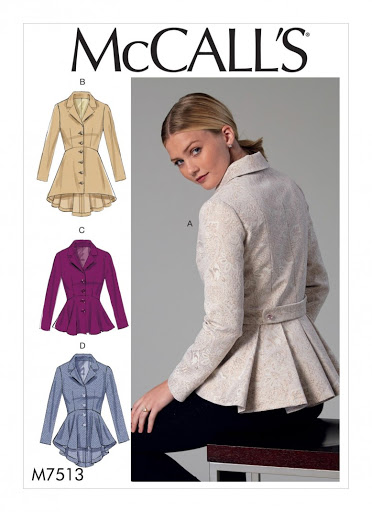 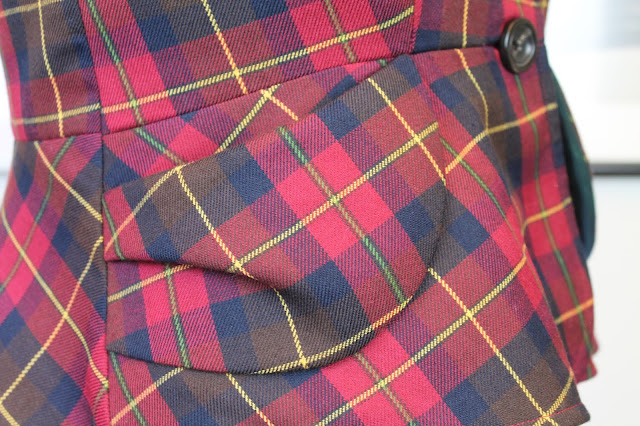 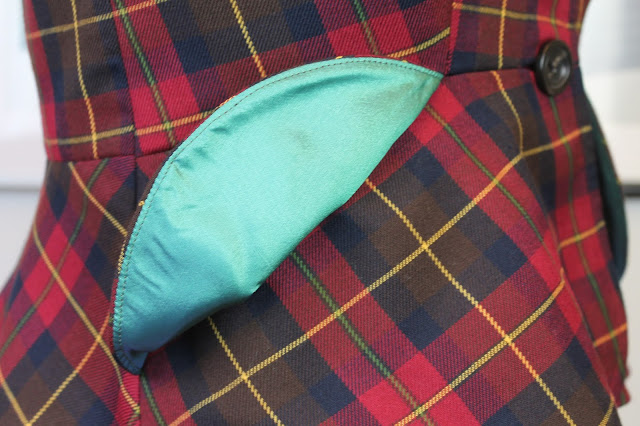 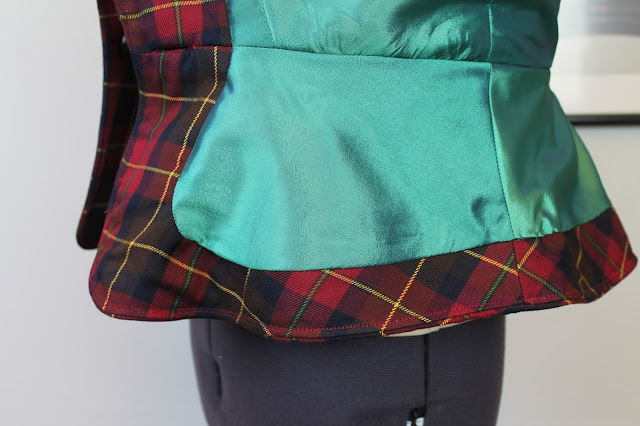 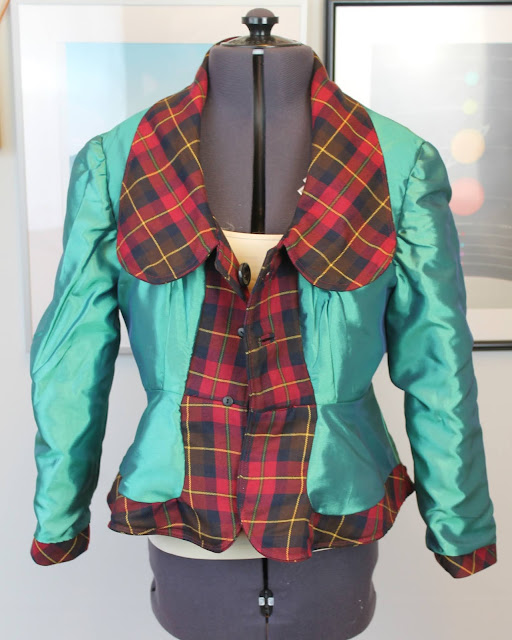 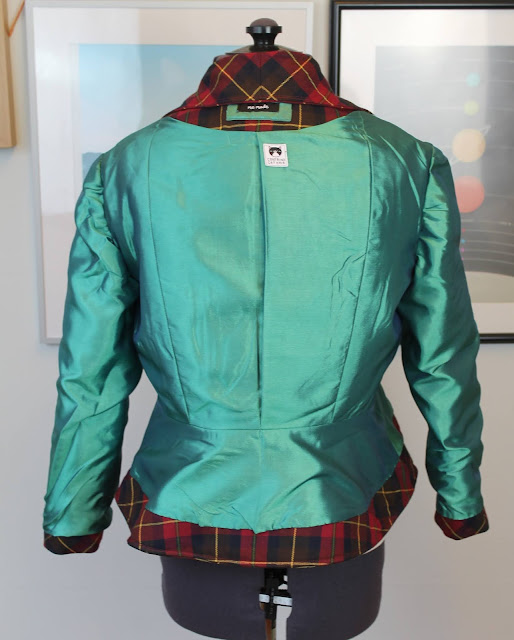 My fabric is some poly tartan that I think was the last piece of fabric I bought in The Spinning Wheel in Belfast before it closed (sob!!).  I interfaced everything with some lightweight woven interfacing from Tailormouse, and it's helped to give the jacket a bit of body.  Wish I'd interfaced the collar a bit better though.
All the interfacing was drafted using the Modern Tailoring section from the Craftsy "Essential Guide To Tailoring: Structure And Shape" class.  (I have nothing to do with Craftsy, and bought both classes I've mentioned; they are just really good classes!)
The lining fabric is some green polyester, which was also given to me by Suzie, and I think it looks fabulous with the tartan.  The buttons were salvaged from an beloved winter coat from Next that went to the recycling years ago as it was threadbare.  The top two buttonholes are bound buttonholes, and the bottom one is in the seam between the bodice and peplum. 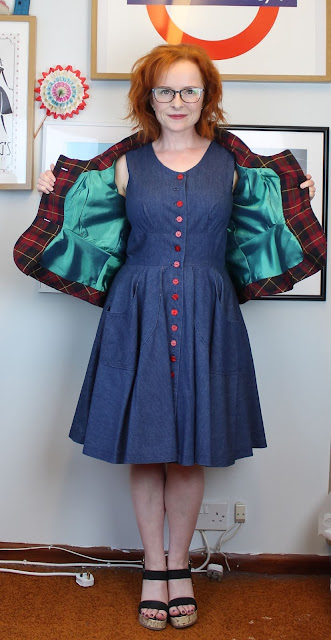 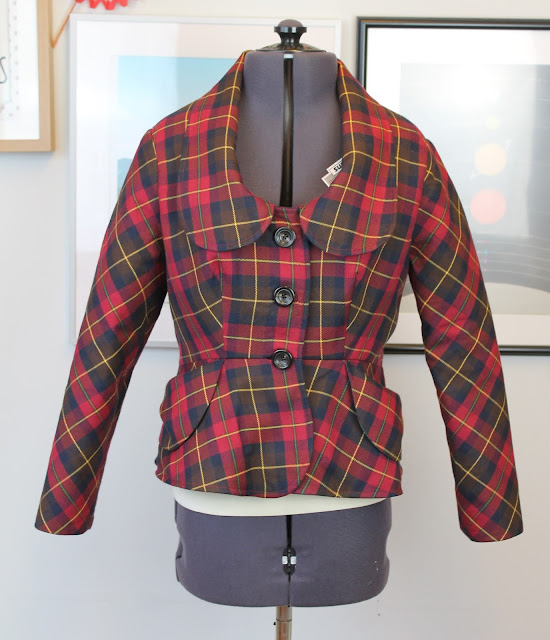 I want to talk about the pattern matching for a minute.  I like to match tartan, because it looks really well when it's done; don't like having to actually do it so much though!  So everything was cut out on a single layer.
For the collar, I couldn't work out how to match it and had originally cut it with the green lines going horizontally across the jacket, but my sister and I decided that it didn't look right.
So I re-cut it with the green going vertically across the jacket.  I picked the yellow line as the centre back of the collar because it was easy to see, then lined up the dark part of the tartan in the centre of the collar.  The fact that it matches so well at the front is a total fluke!!! 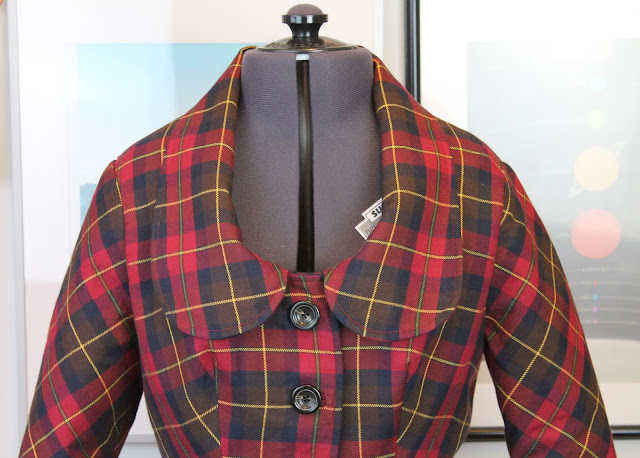 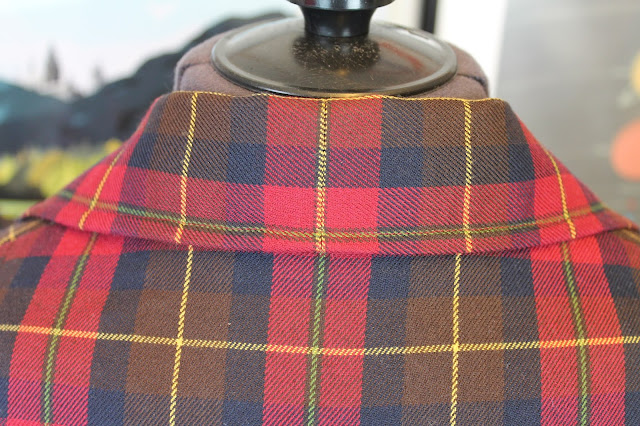 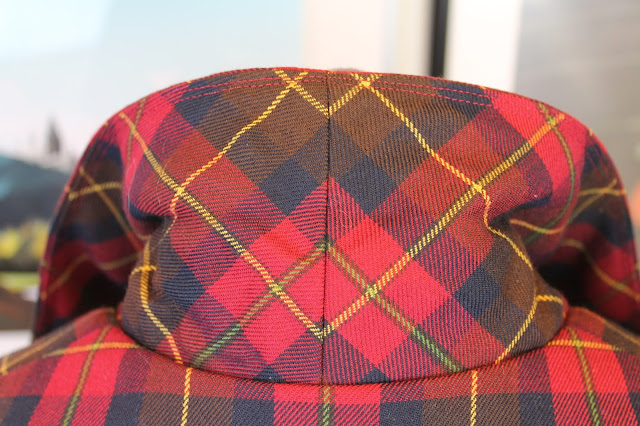 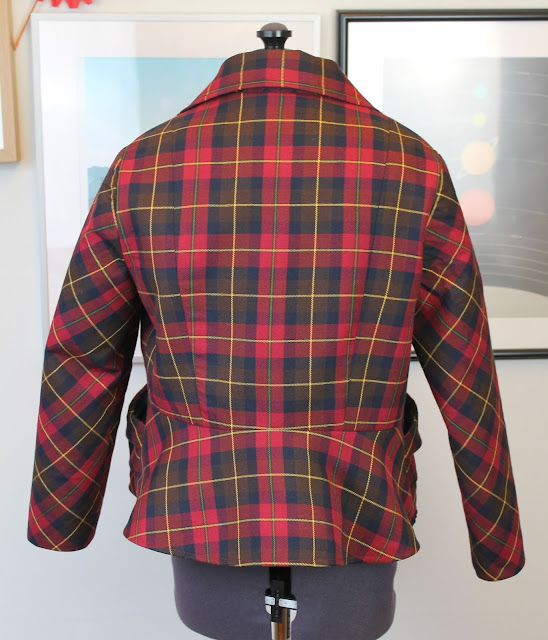 The polyester fabric isn't my favourite thing, but I was willing to sacrifice it to give this jacket a go.  I would love to try it in wool, as the polyester is a little stiff and I had to add some horse hair braid to the hem to give it some shape.  It would be interesting to see how the hem looked in wool, and I was thinking it could be pad-stitched to add some shape.
But all that said, I flipping love this jacket and it turned out exactly like it looked in my head!
I also made this dress, but that's for another post.