This is a quick post about a quick make!!  It's the Popover Dress from Gretchen Hirsch's newest book, "Gertie Sews Jiffy Dresses". 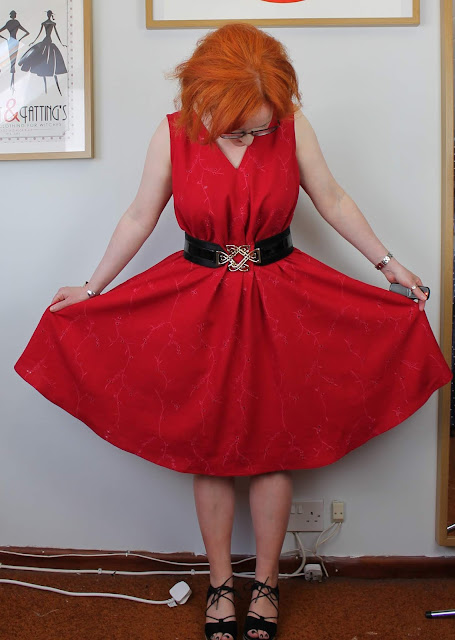 As it's name suggests, all five dresses in the book are quick makes, and this is the first pattern and also the dress on the cover. 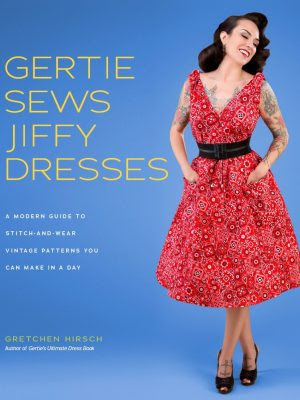 My fabric is some red embriodery anglaise that I got on ebay a few years ago.  It had been languishing in the stash for too long without a purpose; but as soon as I saw this dress, I knew that's what it had to be. 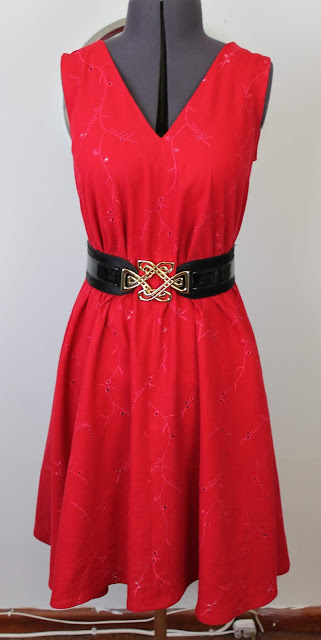 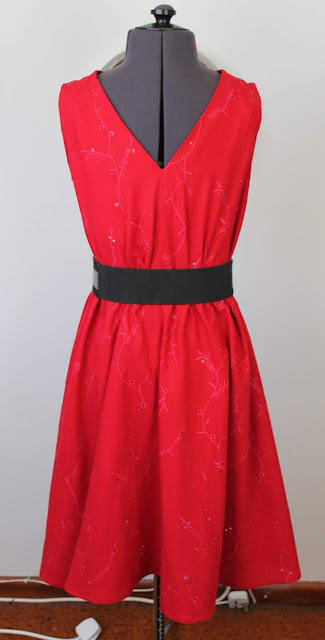 This dress has exactly two pattern pieces (well, four, if you count the optional patch pockets and shoulder bows).  The body is cut four times - two fronts and two backs, and the other piece is the bias facing for the armholes.  It can be worn with a belt, or the middle can be gathered with elastic shirring as on the second sample in the book. 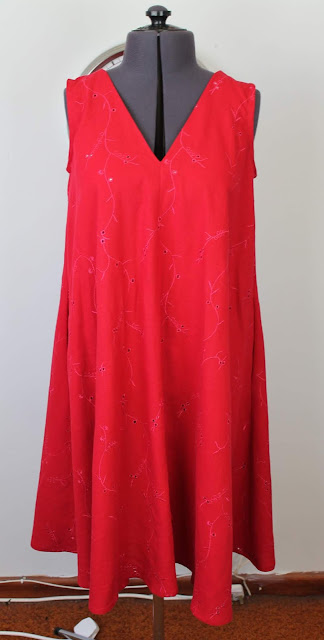 Being small, I made the following mods:
Because I'd shorten the armhole, it meant the bias facing for the armhole was too long, so I just used some red bias tape for that.  But I think when I make it again, I'll raise the underarm a bit.

I didn't use the patch pockets from the pattern, and instead used in-seam pockets (the pattern piece is from Simplicity 2444).

And this definately is a quick make!!  This was cut out and sewed in a morning, and the only tricky bit is the point of the V in the neckline.  There's a video on Gertie's blog here on how to sew it. 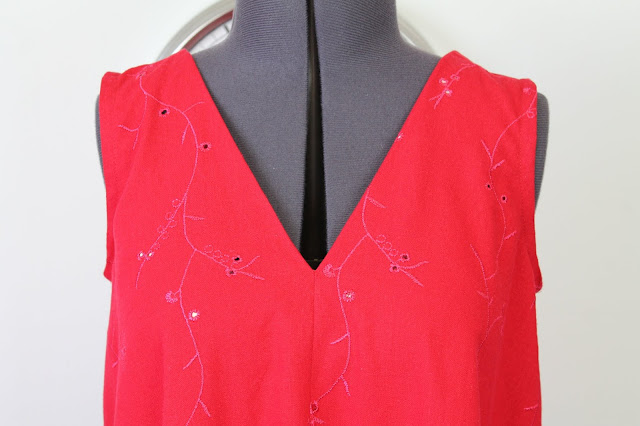 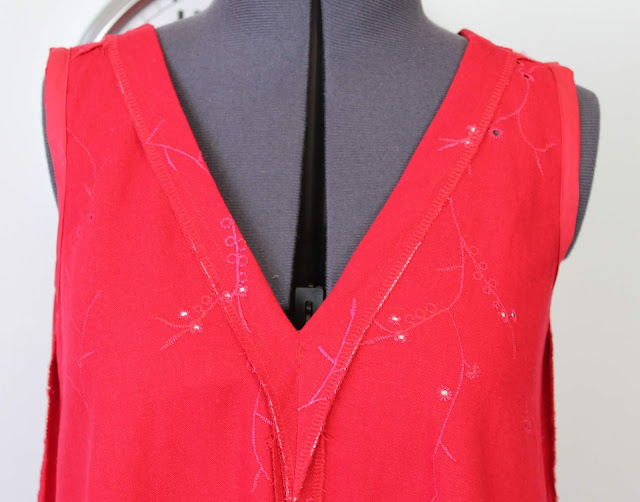 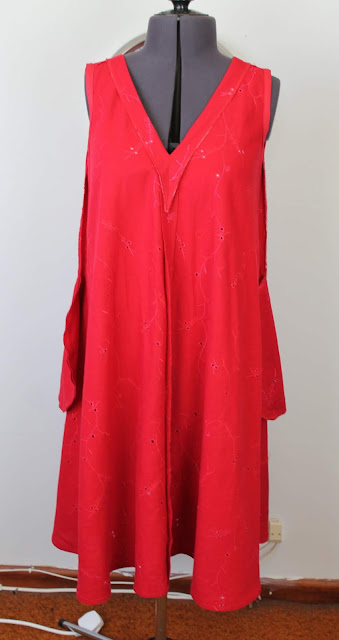 The fabric requirements are 3 metres of 45" wide fabric, or 2.4 metres of 60" wide fabric.  I had 2 metres which was about 54" wide, and that was grand.  But it helped that I had shortened it, and you would need more for a directional print. 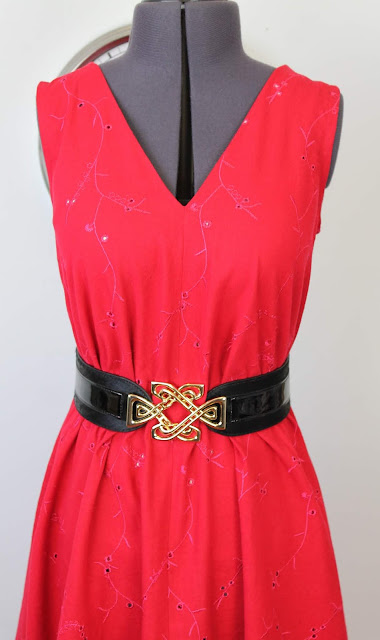 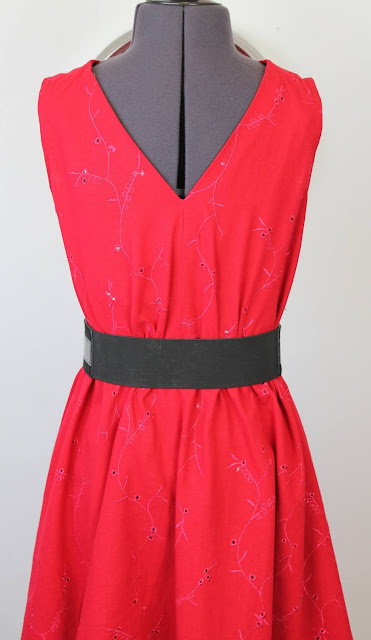 I love this dress, and especially how it goes with this amazing Biba belt I got in the sale a few years ago in the House Of Fraser.  And I'm planning to make the Swirl wrap dress soon, and the second version of the Chemise Dress in the Autumn.

Have a great (long) weekend!