Biba Maxi Coat of my dreams!!!

Spoiler: I flipping love this coat, and there are loads of photos!! 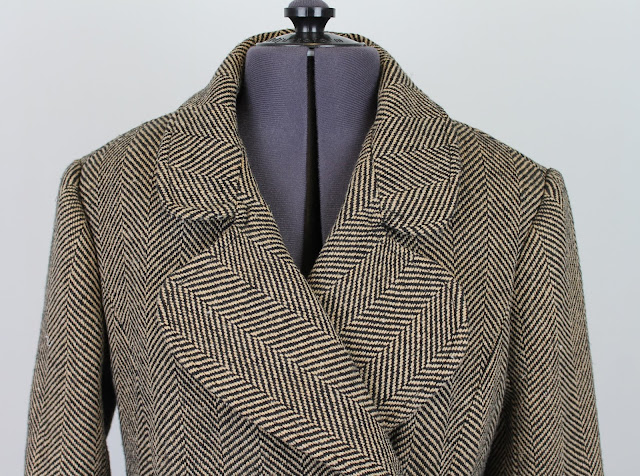 Turns out I have a lot to say about it, so I'm going to give each bit heading.

The inspiration for this was really random!  One day, at the end of last April, I saw a bit of a UK antiques TV programme called Flog It.  People bring along old stuff they don't want anymore, and it gets valued and then sold at auction.

Well, a lady brought along this absolutely amazing Biba Maxi Coat that she'd bought in the Biba shop back in the 1960s.  Here's a thing from the V+A website about the history of Biba; I know the Biba styles aren't for everybody, but I love them.  The coat sold at auction for £70, which I thought was frankly criminal - it should have sold for way more!  But then I just couldn't get it out of my head.

A bit of googling found the above photo on Pinterest, and some lovely herringbone poly/wool fabric from Fab Works.  The description says it's camel and black, but the darker colour is a dark brown, so I ordered 6 metre.  Which leads me onto...

First thing to do was to pick a pattern.  I was originally going to use Vogue 8346, which I used for The Coat; but in a last minute shocker, I used the By Hand London Rumana coat pattern.  I made the Rumana coat this time last year, and for all it's issues, it's a better fit on me in the shoulders.

Obviously I made a few changes...
Then, for good measure, I added in some details from three other patterns.

The collar and neckline are from Style 4828, which is a vintage pattern I got on ebay.  The sewing fairies were on my side, and the back of the collar fitted perfectly onto the Rumana back!  I used the shape of the front neckline, and made the lapel a bit bigger and more curved.  The only change I made to the collar was to make the outside edge more curved. 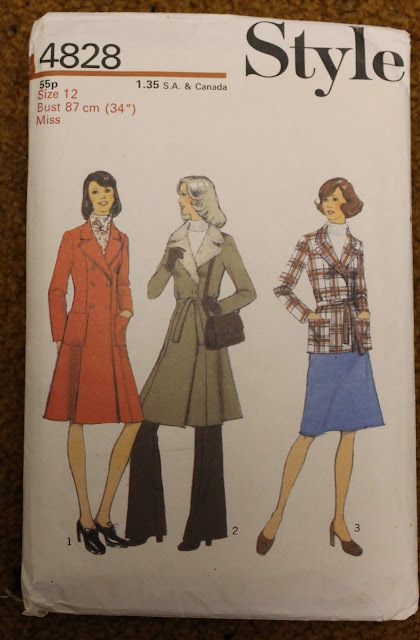 The in-seam pockets and Martingale on the back are both from Vogue 7297, another ebay vintage pattern find. 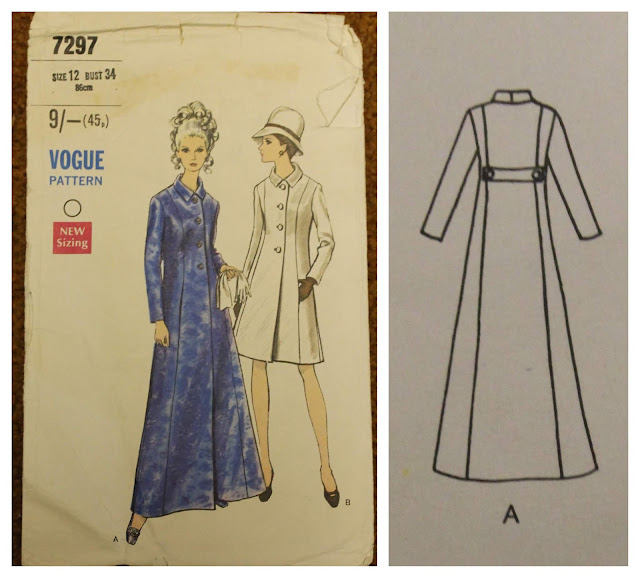 And finally, the sleeve tab thingies at the cuffs (anybody know the right name for these??), are from Vogue V1537, which I made here. 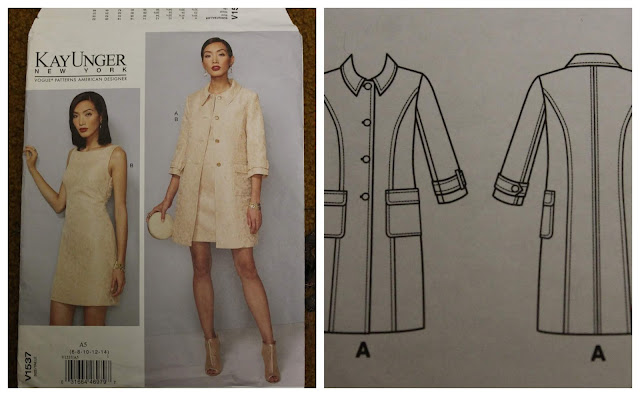 I used just less than 5 metres of fabric (the joys of being small!), and am thinking of a 1970s A-line skirt for the left overs.  Biba as a brand is now sold in the House Of Fraser in the UK, but it's not the same as the old Biba.

Ages ago my sister had bought a Biba duvet cover, and last year she was throwing it out.  As she knows better than to put a big chunk of fabric in the recycling, she gave it to me.  The duvet top has an amazing pattern that will be the lining for a shorter coat, but it had little Biba labels on it.  So I unpicked one from a pillow case, and sewed it into the back facing. 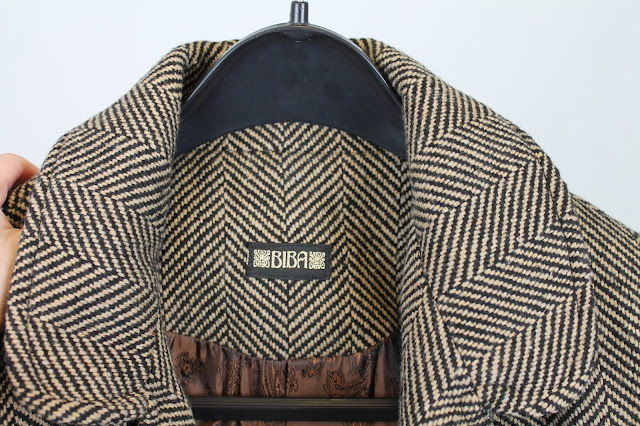 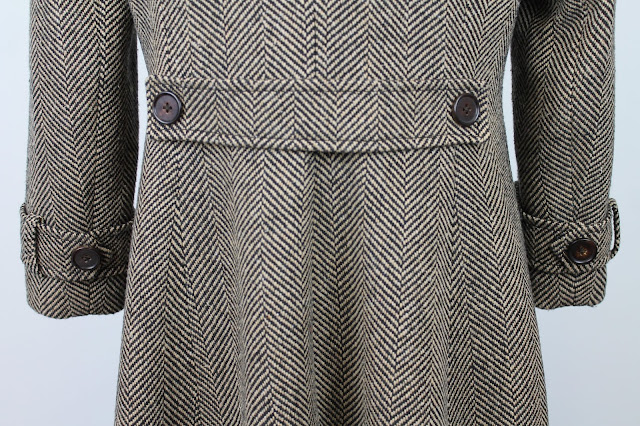 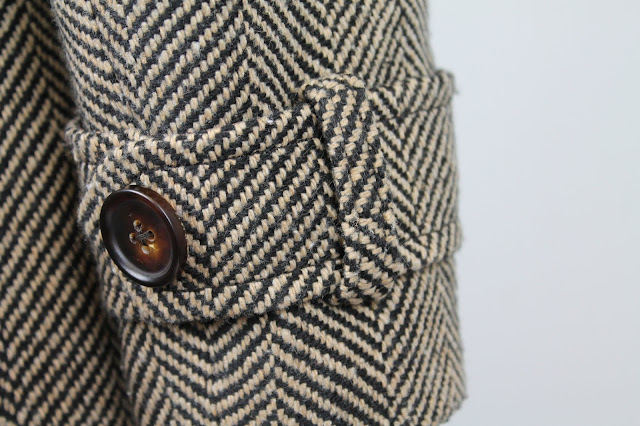 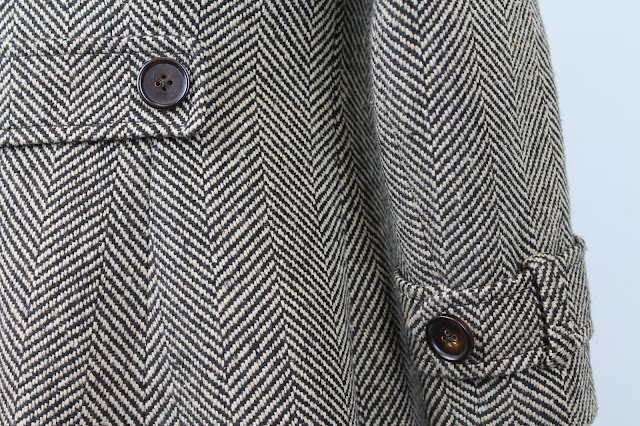 Supplies and resources, and how I interfaced

All the interfacing is from Tailor Mouse.  I used medium weight fusible canvas for the fronts, back facings, the undercollar and the top of the sleeves.  Then used lightweight woven fusible for the front facings and the bodice to the waist.

Whilst this might seem a bit "describing to the nth degree" (for want of a better way to put it), I find that how to interface a coat is probably the trickiest bit, so want to mention this if it helps someone else.

I am absolutely no expert on this, but I think that it very much depends on the main fabric as to where and how much to interface.  My fabric is more drapey than most coating fabric, but I think this is to do with the herringbone weave.  It reminded me a bit of linen, in that it is a thicker fabric, but because the individual threads are thick, then it frays easily.  I hope that makes sense!

So I thought it would be a good idea to use the lightweight interfacing to the waist on each of the body pieces to help keep it's shape, and also to support the weight of the maxi length skirt.  I also made a back stay, and a stay for the side front pieces.


Then, because the coat skirt is cut slightly on the bias, I thought it would be a good idea to stablise the seams so they wouldn't stretch out under their own weight.  So I cut 2 cm on-grain strips of the lightweight interfacing, and pressed it onto the edges of the seams before sewing them together (but forgot to take a photo!).  You'll see that I also overlocked all the seams, and this was because of the fraying.

My coat making resources are: 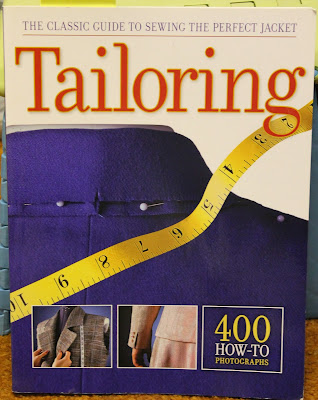 None of the above are affliate links, and I bought everything myself with the exception of the book, which was a present from my sister.  I just wanted to link everything to make it easier to find if anybody is interested.

Tips on making your own coat

If you've been hanging around here for long enough, you'll know I'm very fond of making coats!  It really is a case of necessity being the mother of invention for me, as because I'm so small, I can only get coats in Petite sizes and the styles are very limited.

I know a lot of sewists are really put off by making a coat, as it seems so difficult.  But, honestly, if you can make a shirt or blouse with a collar, then you can make a coat - the principles are exactly the same.

Maybe a good starting point would be an unlined coat like the Deer and Doe Luzerne trench coat (which I'm hoping to make soon as part of my Make Nine), or the Tessuti Berlin Jacket that my lovely friend Suzie made here.  I've seen Suzie's coat in real life, and it's amazing.

I think really the worst part of making a coat is how long it takes.  This coat took me about five or six weeks to make (I had little breaks in between); I made a good start during the Christmas holidays, and then did most of the rest at the weekend, and the odd hour or so at nightime.  So time is definately something to factor in. 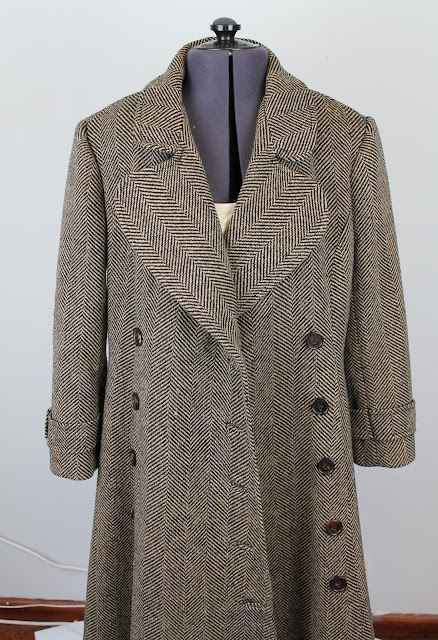 If you can't tell already, I flipping love this coat and shall be swanning around in it until the weather warms up - which in Belfast could be about May (and I'm not joking!!).

When I was taking my photos I had the radio on, and the Blackbeard Sewing Room radio station of choice is Planet Rock (because they play songs I know the words to).  As I was clicking, they played 19th Nervous Breakdown by The Rolling Stones, who I adore.  It seemed very fitting to have a 60s Stones song while photographing my 60s inspired coat, so I had to have a boogie! 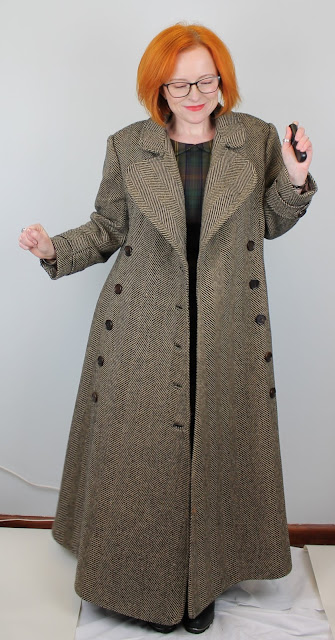 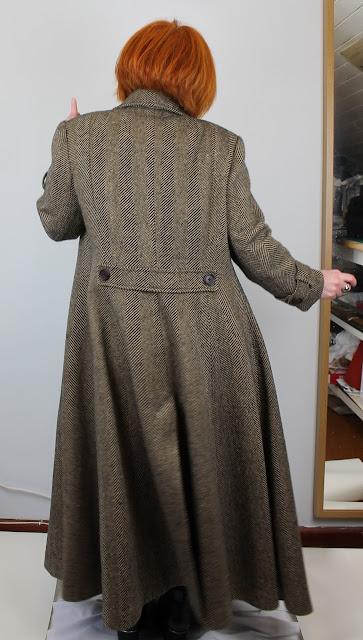 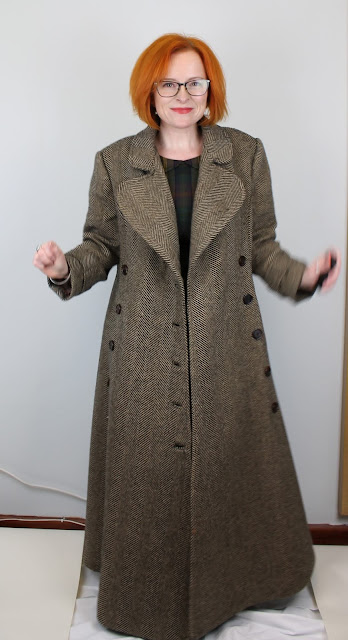 If you've got this far then I congratulate you, and happy sewing!