This is the Named Kielo Wrap Dress, which probably needs no introduction as it's so popular, and I have finally gotten around to making two versions of it. 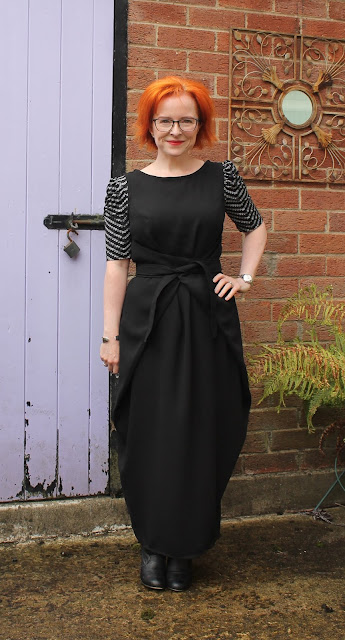 I love this dress, but it was not without it's challenges - the first being the lack of lengthen/shorten lines.  This drives me crackers, and I think it's just lazy pattern drafting. It is drafted for a height of 5ft 8 inches - I'm nowhere close to that height, and sew because I find it so difficult to buy things that fit.  I can't be alone in this, so any help with pattern alterations is gratefully received.

I ended up shortening the bodice above the top of the bust darts, and also between the waist and knee.  The instructions are clear, but the finish on the neckline and armhole is "press and turn under", which isn't the neatest. 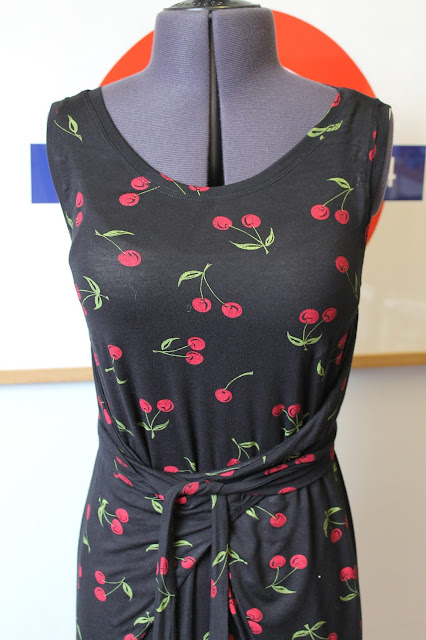 A bit of googling showed that a lot of people felt the same, and added a neck/armhole band. After a lot of faffing around, I ended up doing this on my first jersey fabric version.  I marked and measured the stitching line on my pattern, and added a seam allowance.  Then took off 20%, and that did the trick for the length of the bands.  The width of each band is 4 cm, which gives a 1 cm band. 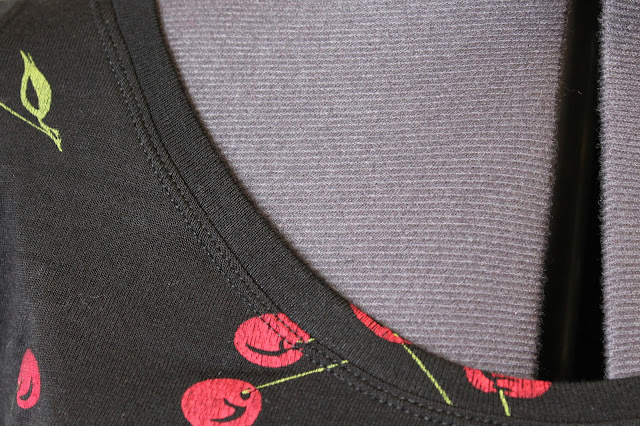 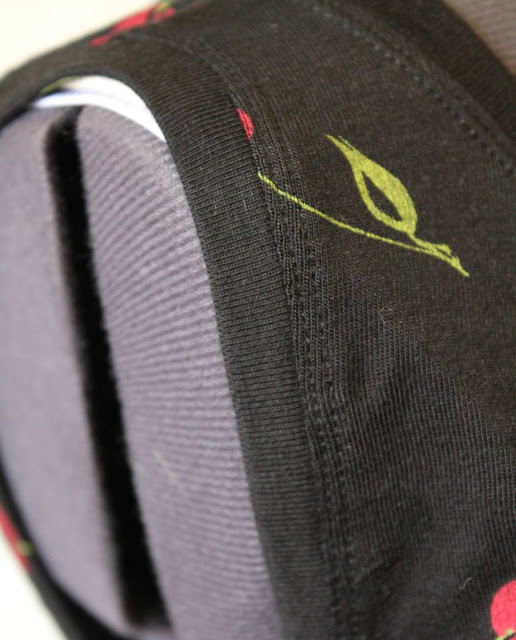 That said, I don't think my fabric helped.  It's a very cheap a cheerful viscose jersey from ebay, which was £3.20 a metre.  It's a bit lightweight, so needs a slip underneath.

Even though the pattern is for a knit fabric, I've seen plenty  of woven fabric versions, and was keen to try this myself.  It seems that most people just went up a size for wovens, but I was a concerned that it might not fit across the shoulders and upper chest.

So I mashed the pattern with my woven block and, unbelievably, it worked!  My fabric is again some cheap and cheerful black lightweight crepe from The Textile Centre, which doesn't press too well.  The neck and armholes are faced with bias tape. 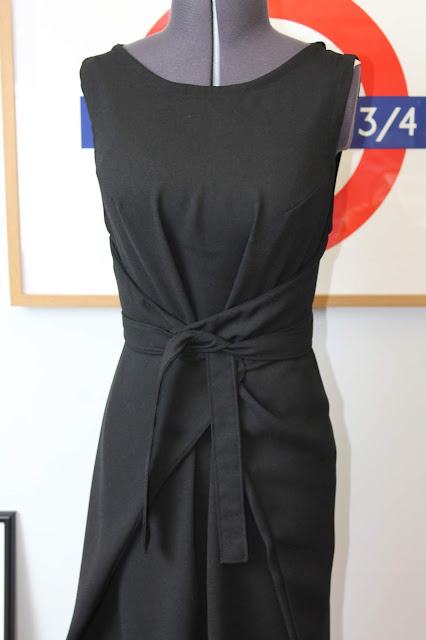 I forgot to take into account the lack of stretch for the waist ties, and will lengthened them if I make another woven version. Also, I originally sewed the spilt to the length on the pattern but due to the non-stretch fabric, it was a bit tricky to walk in, so I ended up making the split two inches longer.

Turns out I don't love these dresses as much as I thought I would, but I like them, and am wearing them.  I think, ultimately, the meh is down to the not so great fabric.  So I'll maybe try it again in a lovely fabric, as see how I get on.