Towards the end of January, I woke up one Thursday morning with the need for a denim skirt.  So obviously I had to make one!

After a bit of googling, I settled on the Grainline Studios Moss Skirt, which just about everybody has already made.  My fabric is some medium weight stretch denim from The Spinning Wheel in Belfast, and I used some left-over fabric from this dress for the pocket lining.

The instructions for the fly zip are great, and the only thing I did differently was to sew the fly shield with the folded edge out as in the photo below.  The instructions have that bit as the overlocked edge.  I also top-stitched everything within an inch of it's life. 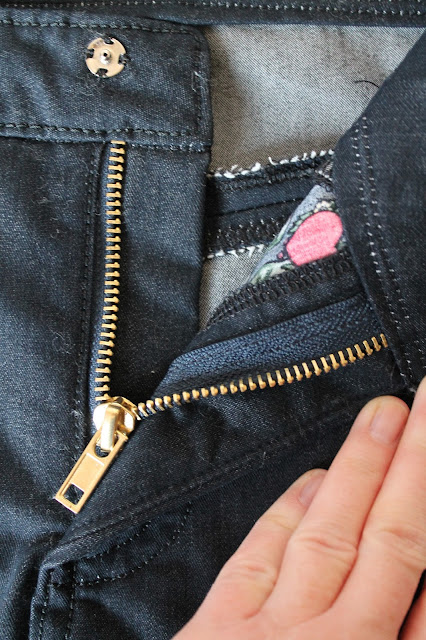 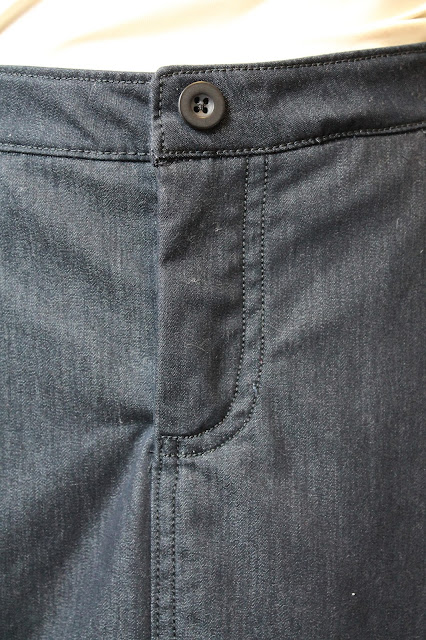 Now, lots of folks have mentioned having to lengthen this skirt, as it is very short.  But I confidently took to Instagram to declare that I wouldn't need to because I'm small - how wrong was I?!  I started out making View A (the one without the hem band); the finished length for my size is 18", but mine was 17.5" and that was without the 3/4" hem. 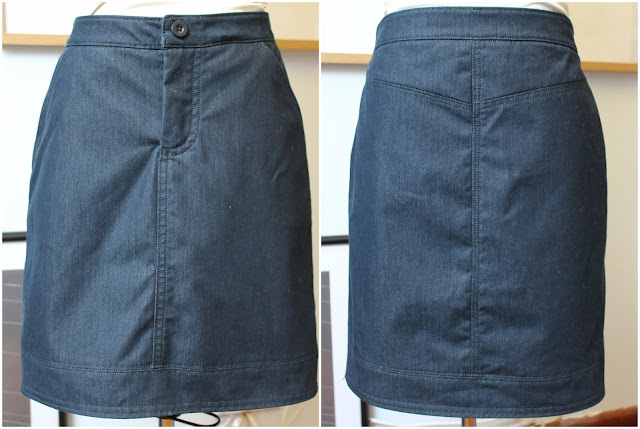 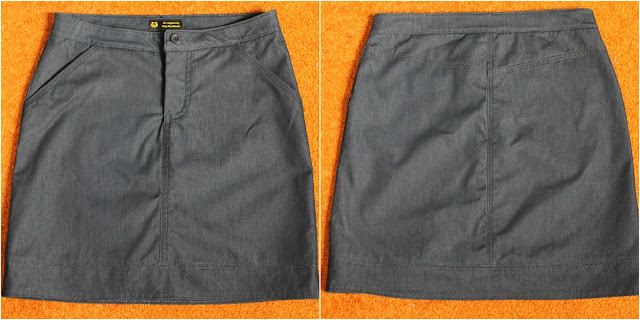 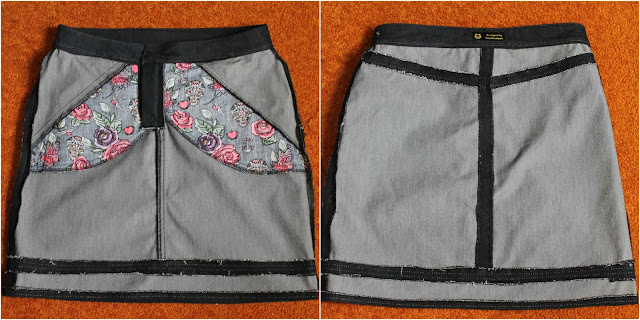 A bit more googling taught me that sizing is a bit of an issue, and it does come up a bit small.  I made a size 4, and it fits at the waist, but I would like it a bit more roomy at the hips.  The fit is fine, it isn't too tight, so I think this is just personal preference.  The stretch fabric helps, but if I make this again in a non-stretch fabric, I would go up a size.

So I decided to add the hem band, as I had enough fabric.  I didn't make the double layer as on the pattern, and just added it to the bottom of the skirt, then hemmed it.  To make my skirt 19" long, I shortened the hem band to 2" plus a 1/2" hem. 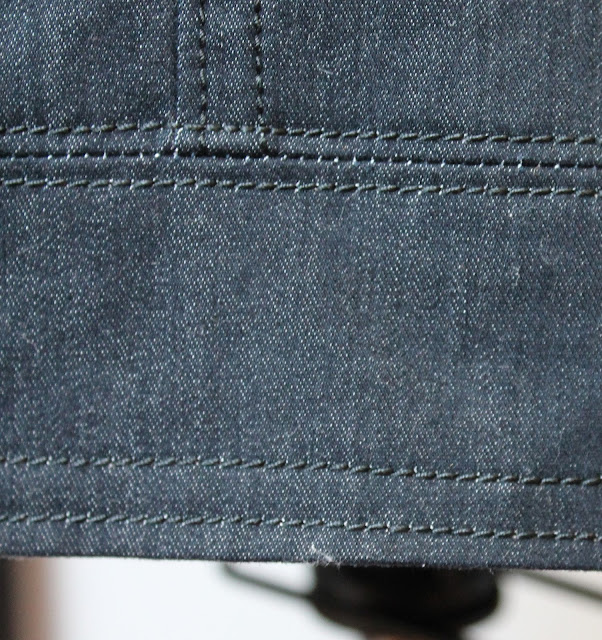 I love how this skirt turned out; it can be worn in the winter with black tights, and will be grand for the summer too.  Also, I had an audience when I was taking my photos.  This little cat was supervising from the top of the shed.  One of my neighbour's told me that he lives up the street, and he is an Egyptian Mau.  He's very friendly, and calls into the garden quite a bit, I don't know his name though. 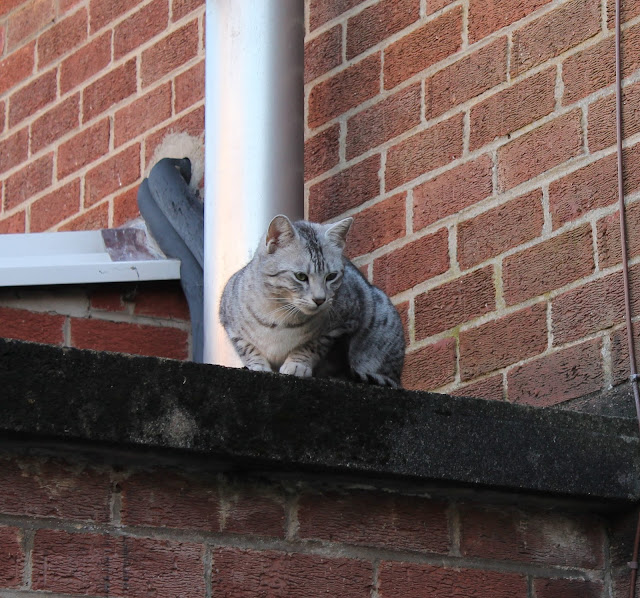 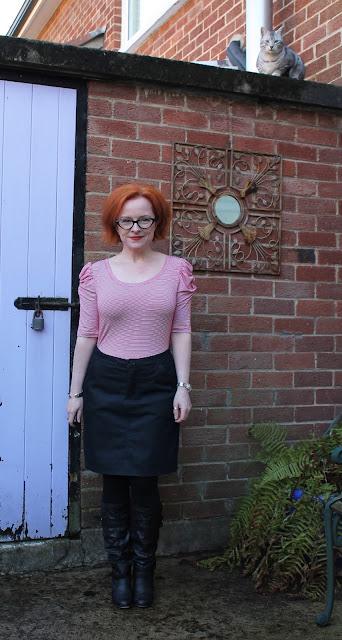 Anyway, this skirt has got me thinking about more denim skirts now, and I found the Megan Nielsen Kelly Skirt pattern when I was looking for something else.  This was one of the first patterns I ever bought but I've never made it, and I also found some lovely versions on the interwebs, so am thinking of making it in chambray.

I also have Megan Nielsen's Tania Culottes pattern, and had great plans to make the knee length version in black crepe to wear instead of a half circle skirt - then I realised that I couldn't wear a net petticoat under it!  Now I'm thinking of the shorter version in chambray too.  Looks like I've fallen down a denim skirt rabbithole... 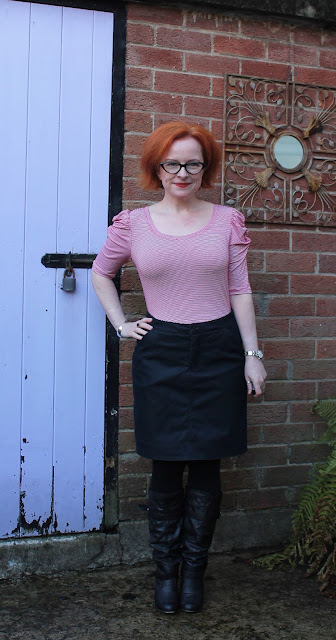