This is the dress that I mentioned in my last post, and it's a shameless copy of a gorgeous dress that I saw on Instagram a few months ago!  The original is from a UK high street shop that starts with "T" and ends with "opshop".  Ahem...

A bit of googling proved that the original had been very popular, and I stumbled across someone selling one on ebay.  This was great because they had kindly taken some close up photos of the bodice, so I was able to see the details.  I'm not going to post the close up photos because they are not mine, but here's a photo I found from the shop. 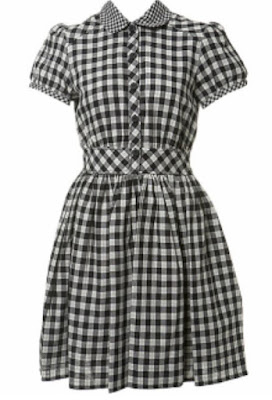 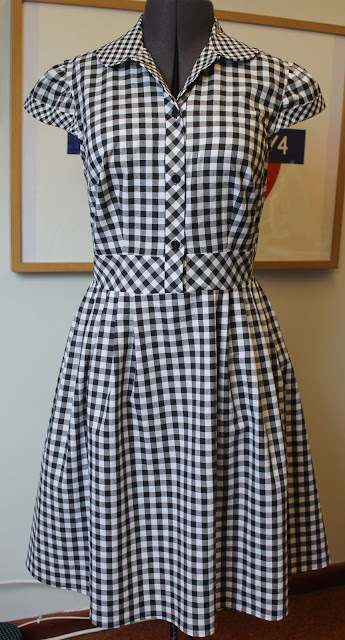 Here's what I did with it. 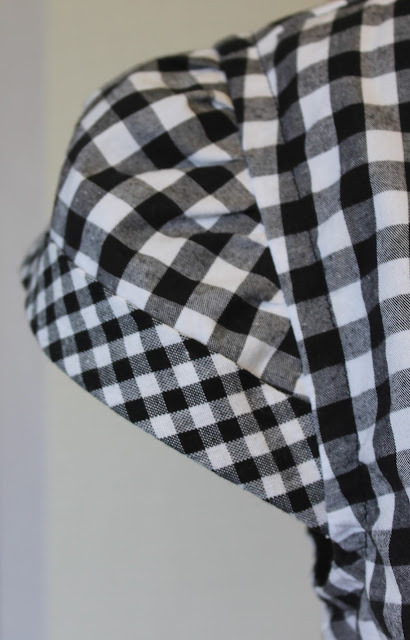 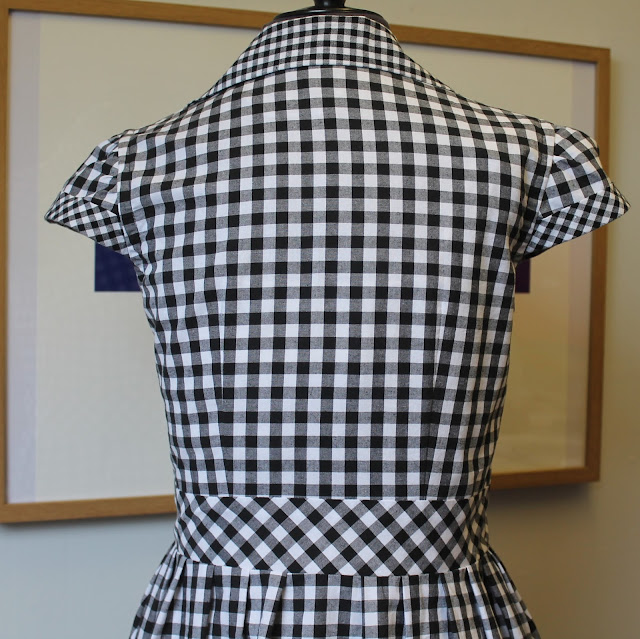 I put in an invisible side zip with a pocket, using my own tutorial - I'm guessing the original must have a side zip too. 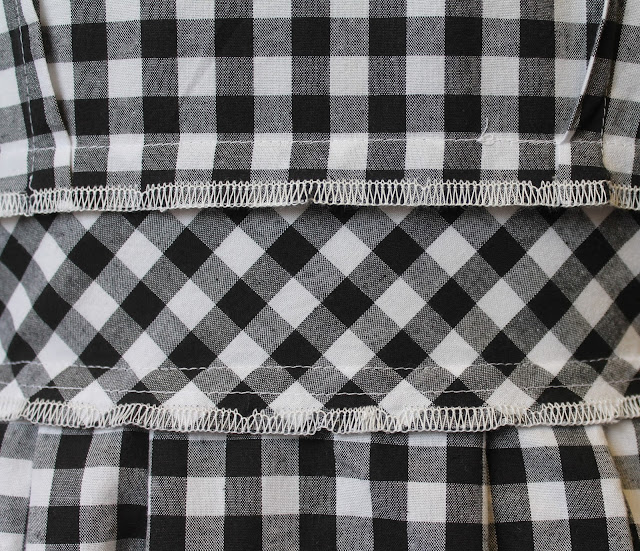 Construction - I stay stitched all the edges of the waistbands so they wouldn't stretch, as I knew I'd be doing a bit of work on the bodice before attaching the skirt.  Once the top of the waistbands were attached to the bottom of the bodice, I overlocked them in one go with the bottom edge of the bodice.  I did the same with the top edge of the skirt once it was attached to the waist band - this is what's in the photo above.

The large gingham placket was interfaced with some very lightweight interfacing to stablise it and also to stop the outside edge from stretching.  I also interfaced the facing as normal.  Here are a few photos of the placket on the right and wrong side, so you can get an idea of how it's constructed.  I wish I'd put another one or two buttons on it though, and I might sew a pop fastener on the placket level with the bias waistband. 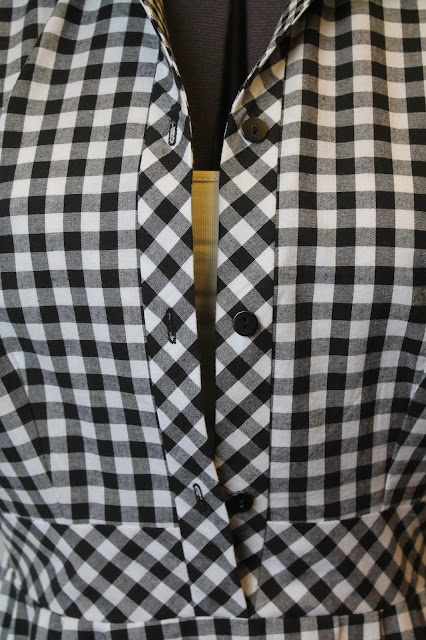 Outside with large gingham placket cut on the bias. 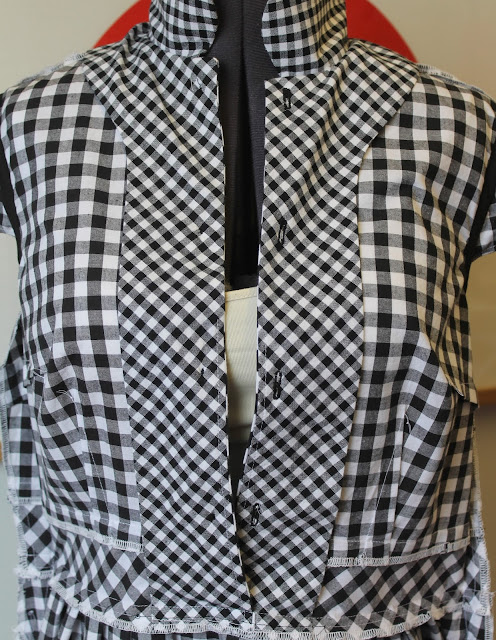 Inside with small gingham facing, the top shows to the outside when the top button is undone as below. 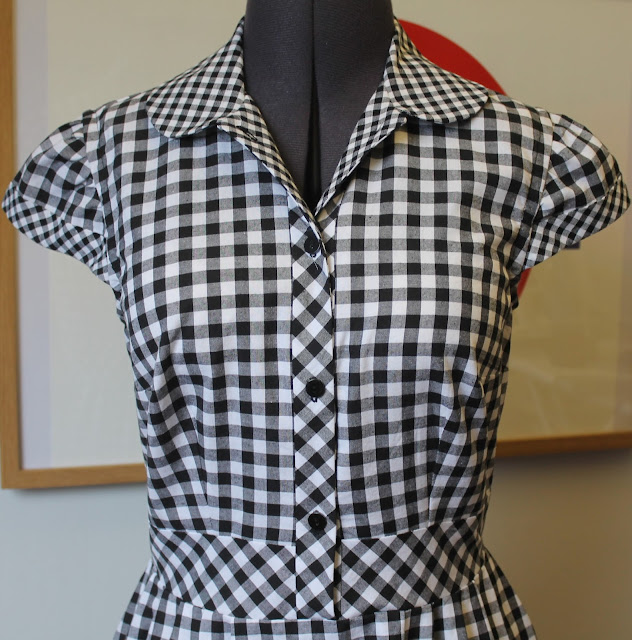 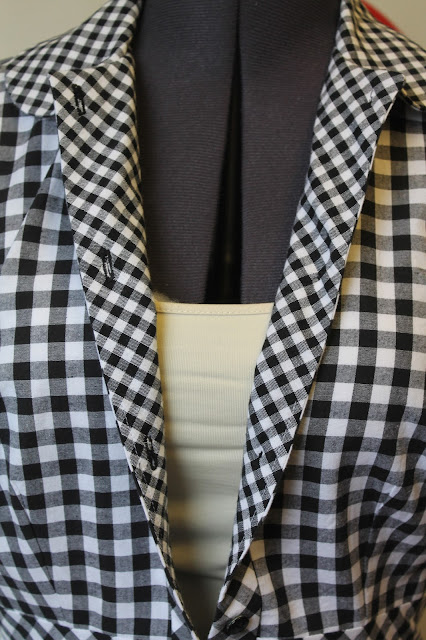 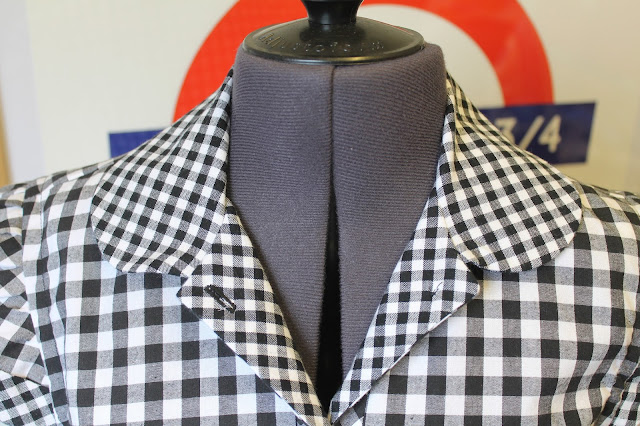 My convertible collar was drafted from a book called "Metric Pattern Cutting For Women's Wear" by Winifred Aldrich.  It's also in one of the Craftsy pattern drafting classes, "Patternmaking and Design: Collars and Closures", and it's called a camp collar in the class.


I haven't found a definitive definition of a convertible/camp collar, but it seems to me to be exactly the same as a shirt collar, but it's all in one piece without a pesky stand to sew too.  It meets at the centre front in the same place as a shirt collar, and buttons right up to the neck - you can see this in the photo below.  If any experts know more, please enlighten me! 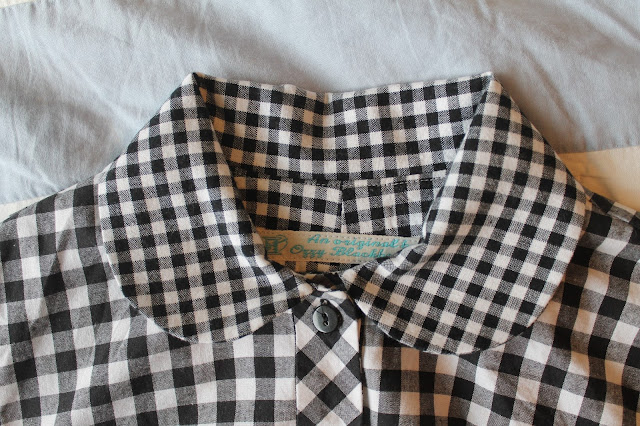 I absolutely love this dress, it is  now one of my favourites, and I intend to wear it to death! 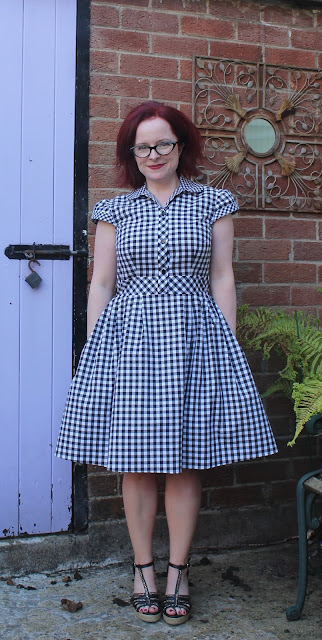