This lilac chambray fabric has been in my stash for I think three years.  I bought it at the same time as some green chambray that became this Hawthorn dress, but I couldn't decide what to make with it.

A few months ago (maybe near the start of the year), I was in Sew N Sew in Belfast, and spotted these lovely buttons.  They were so nice that I couldn't leave them, so bought some without any plan for them.  Everything in that shop is a cheap as chips, but I do recall the nice lady who owes the shop saying "aren't they expensive?" and I was busy thinking "um, no!"  I can't remember exactly how much they were, but I think it was about 20p each.* 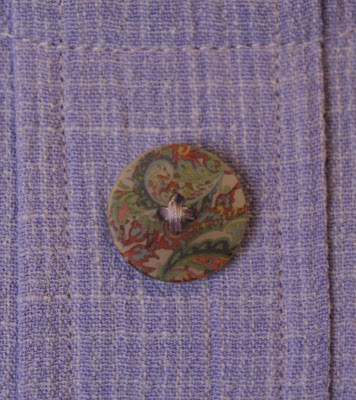 Anyway, I finally realised that they went well with the chambray, and then had quite a job deciding what to do with them both.  I had originally thought of a shirtdress with a separate placket, but as the buttons are 3/4" (2 cm) wide, the placket would have been too wide to accomodate buttons and horizontal buttonholes.  Vertical buttonholes wouldn't have worked because there wouldn't be enough length in the bodice to have four buttons. 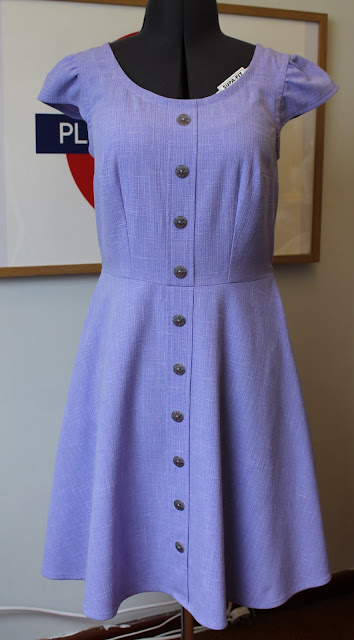 I still couldn't get the idea of a separate placket out of my head, and whilst idly browsing 1970s patterns on the internet, I came across some beauties with plackets to the waist. 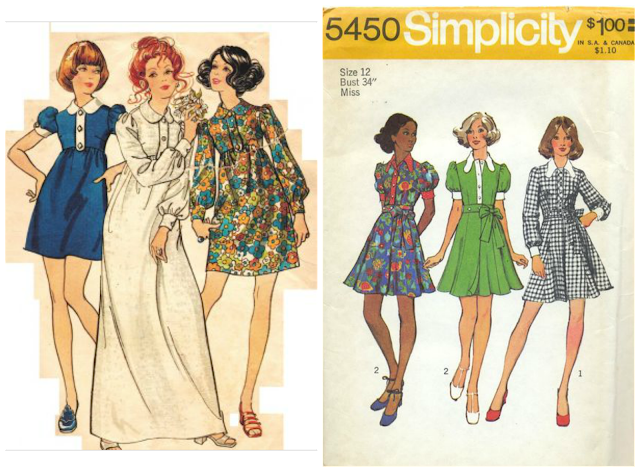 Let's take a moment to appreciate the patterned dress with the long sleeves on the right on the Butterick pattern, and also the green dress in the middle of the Simplicity pattern (the printed dress on the left is nice too).  I would wear both of these, but would lower the waist on Butterick, and shorten the collar on Simplicity.  Also, I've been working on a gingham dress, and have just noticed the one on the right of the Simplicity pattern.

Ok, maybe it's just me who appreciates them!  Anyway, I digress.  This got me thinking that a faux placket would work as there wouldn't be any buttonholes to worry about.

I was originally going to go with the more A-line skirt from my black and red dresses, as I felt it was more 70s, but ended up using my half circle skirt because that's what's on the green chambray dress, and I always like the way that it sits. 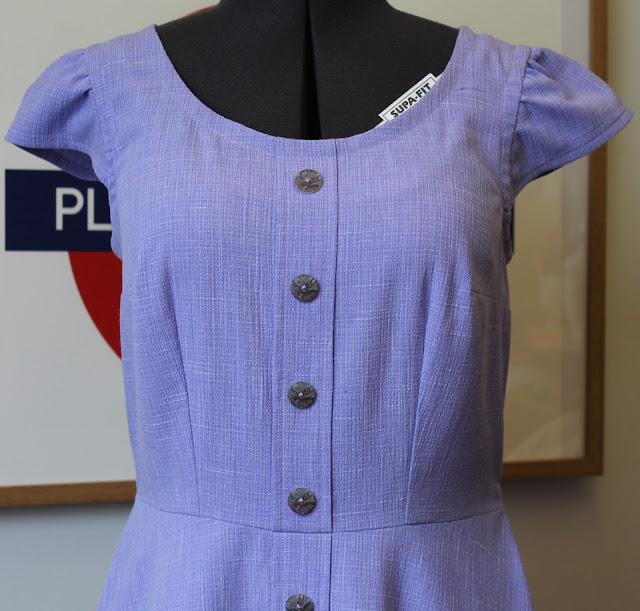 From my block I drafted a bodice with bust and waist darts, a round neck and centre back zip.  The placket is 1.5 inches (3.8 cm) wide, plus 1/4 inch (6 mm) seam allowance on both sides.  I marked 3/4" in from the centre front on the bodice and skirt, then pressed the 1/4" seam allowance down on the wrong side of both edges of the placket.  Then I lined the edge of the placket up with the marks and topstitched at 1/8" on each side. 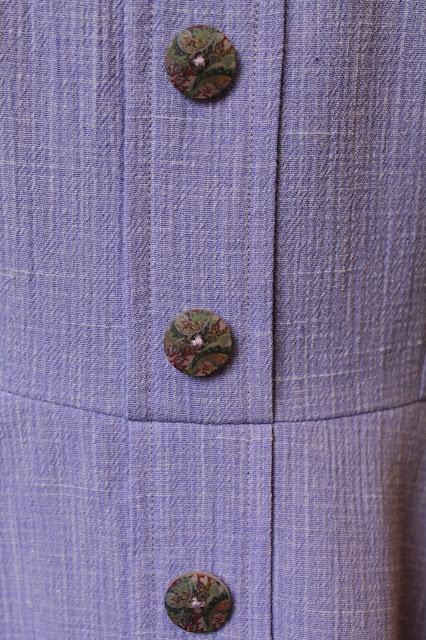 I didn't interface the placket because I didn't think it was necessary as it is just for show.  It was tricky to know whether to make one long placket, or two separate plackets for the bodice and skirt.  In the end I went with two separates, as I thought with the curve of the waist on the half circle skirt, it might cause a problem with the placket shape there.

There isn't a facing on the inside because I thought it might be a bit too bulky at the centre front, so I finished it with some bias tape, then added some capped sleeves because, why not. 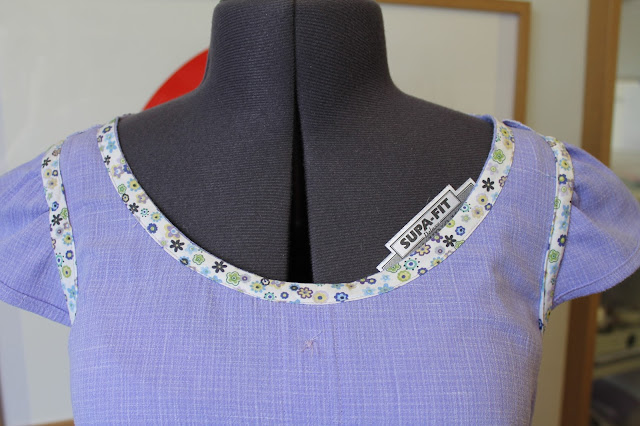 I love how this dress turned out, and the fabric is gorgeous.  I'm going to see if I can get something similar to make a maxi sleeveless shirt dress for next summer.

*  I had a few buttons left over and now I can't find them, which is very frustrating and very unlike me!  They were on my work table, and I fear I may have thrown them out when I was tidying up.  I'm hoping they've maybe fallen on the floor under the table, or I have tidied them to somewhere that I've forgotton about!
Posted by Lynne at 14:12