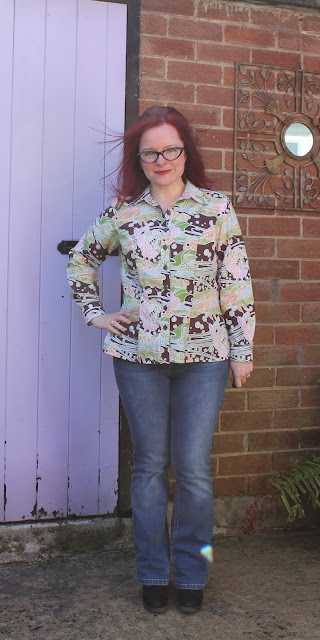 The idea of a white shirt has been lurking at the back of my mind for about a year now, but I hadn't come across a style that I liked*.  Then, when I made the black blouse with princess seams at the back I thought those seams would work for the back of a shirt, and it sort of took off from there.  Then I realised that I've pretty much made Butterick 5526 View D!

(* That was until I saw the new Deer and Doe Melilot Shirt pattern, and this lovely version by Camille.  And, yes, I have already bought it.) 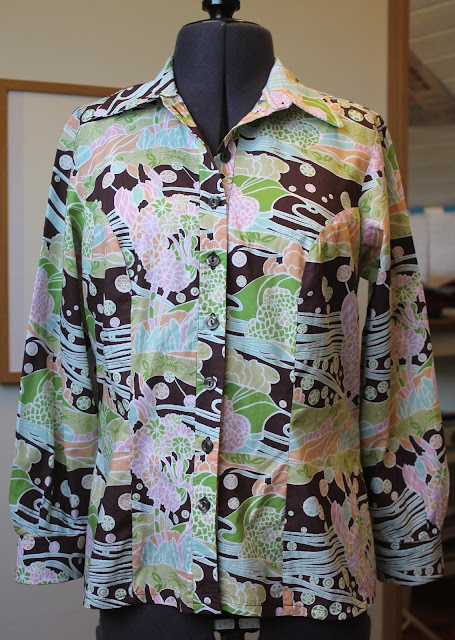 The eagle-eyed amongst you will have spotted that this isn't actually white.  I have some white peachskin fabric which is going to become another version, but I was afraid a solid colour would show up too many new shirt-making mistakes, and I remembered this cotton lawn that I'd bought last year.  It's from a website called Fabrics For Sale, the print doesn't have a name, and they don't seem to have it anymore but it was £14 for 2 metres.  I had sort of planned to make a blouse with it, but it didn't match any of my skirts and I thought it would look well as a shirt with jeans. 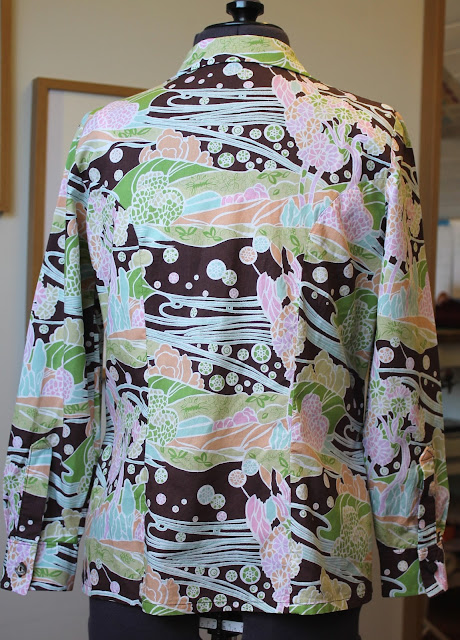 This is drafted from my block, and the shirt collar was already drafted from my shirtdresses (here, here and here).  I gave myself extra work by adding a separate button placket, but I'm pleased with how it looks. 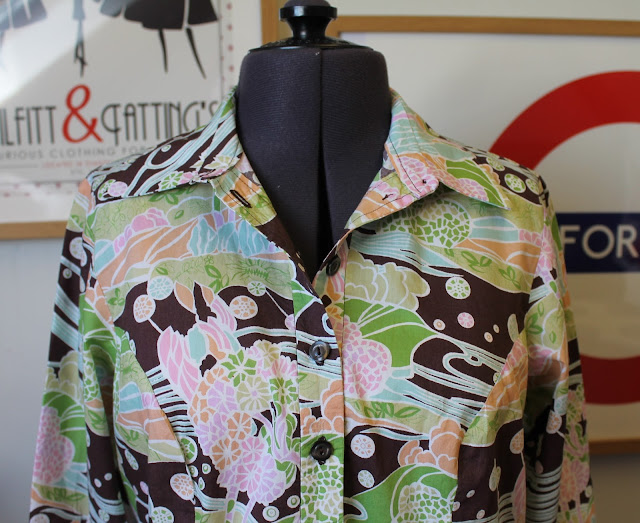 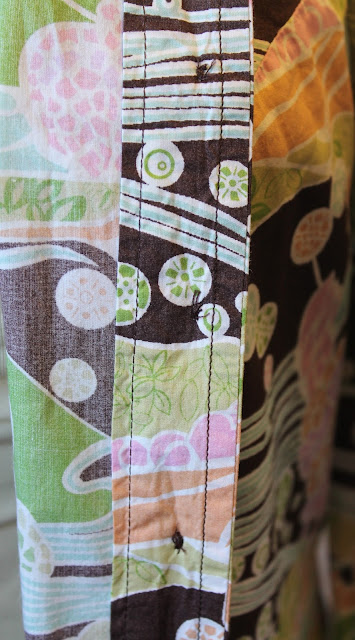 The sleeve pleats and cuffs are drafted from the Craftsy class "Pattern Making and Design: Creative Sleeves".  This class shows you how to draft a one piece cuff placket, but having never sewn one, it looked pretty complicated.  So I googled it, and came up with this brilliant tutorial on drafting and sewing a two piece placket.  The triangle bit at the top of the placket isn't right.  It should have a rectangle below the triangle, but I didn't fold it properly.  I'll know for next time though. 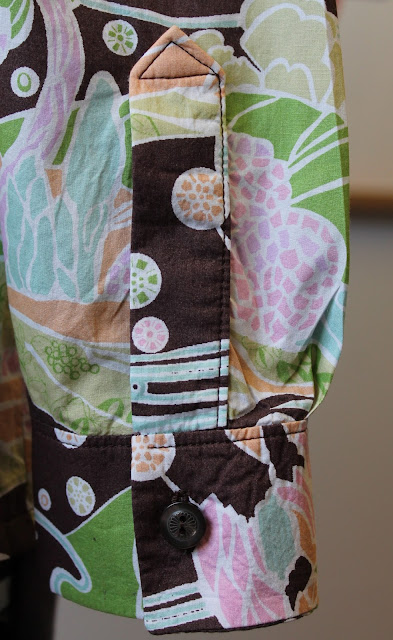 I made the cuffs as two separate pieces rather than one piece folded in half. 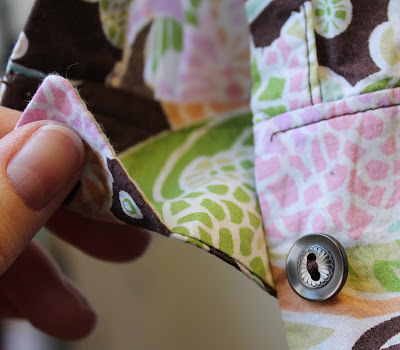 I had a bit of trouble working out what way round the pleats went, and had to have a look at one of Andrew's shirts, but I got there in the end. 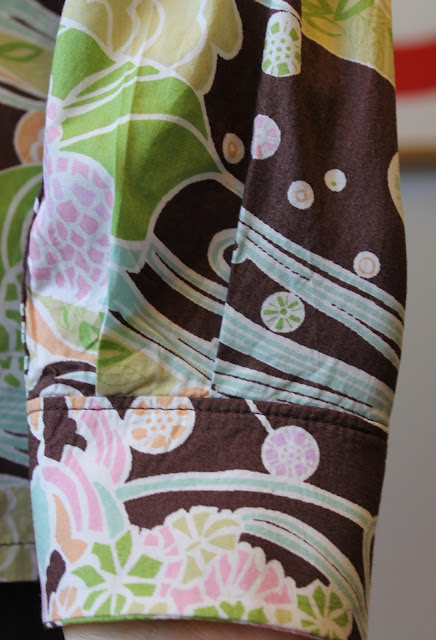 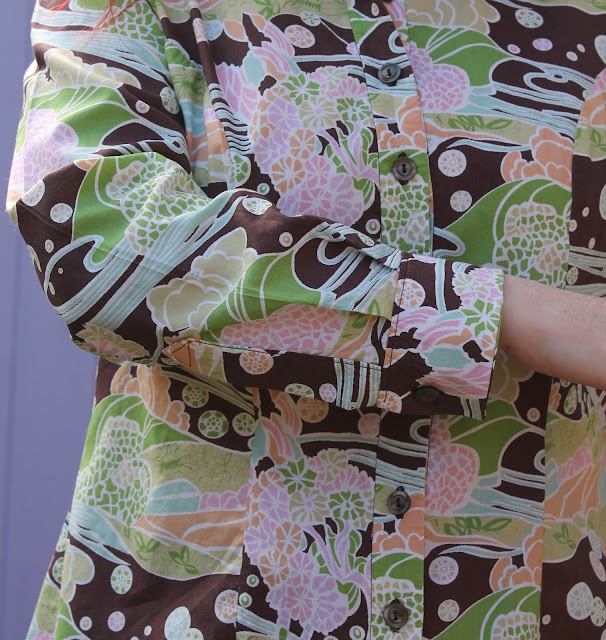 There was nearly a disaster just after my shirt was finished.  I had brought it downstairs to iron it with my good iron, not the crappy one in my sewing room.  My sewing room is in the attic, and has pull-down ladders to access it.  Andrew has recently greased the ladders because they were sticking a bit.  You can probably see where this is going...

I was carrying my shirt on a coat hanger and my camera in one go, because I didn't want to have to make two trips up the ladder.  The shirt brushed one edge of the ladder, and got grease on one of the front side pieces.  I had only myself to blame!  I was strangely calm about it though, which shocked me.  Thankfully I couldn't do anything hasty like shove it in the washing machine, because it was in the middle of washing a load of towels.  So I had a think about it, and then treated the stain with some Vanish stain remover.  A 40 degree wash later, and the grease came out.  Phew! 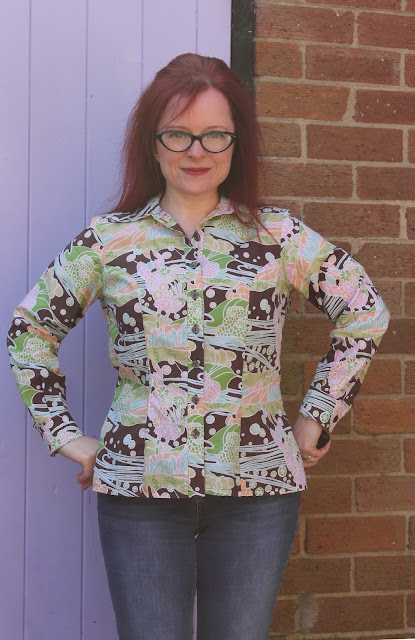 These photos were taken last Thursday - St Patrick's Day, which I had off work as a public holiday.  Thank you St P!  So I ended up taking the rest of the week off as annual leave, because: five days off for the price of four.  The weather has been lovely all week, I got the garden tidied up, cut the grass and blasted everywhere with the power hose.  I hadn't used the power hose before, and it's brilliant!  I also finished a blouse with a convertible collar, and have lowered the neckline on the pattern for the black blouse.  So I'll see how it turns out. 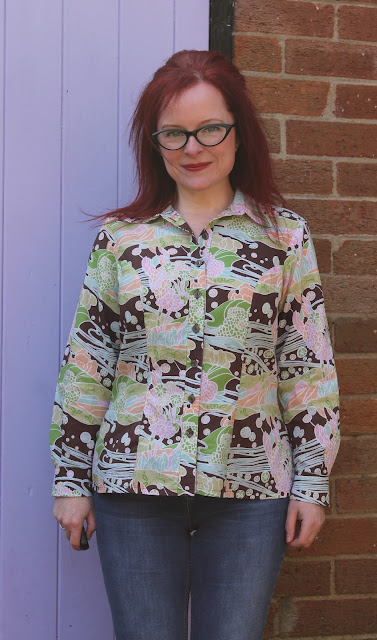