I love the shape of this skirt so much, the back is fuller than the front, and is slightly longer to make a sort of train - for want of a better way to describe it. 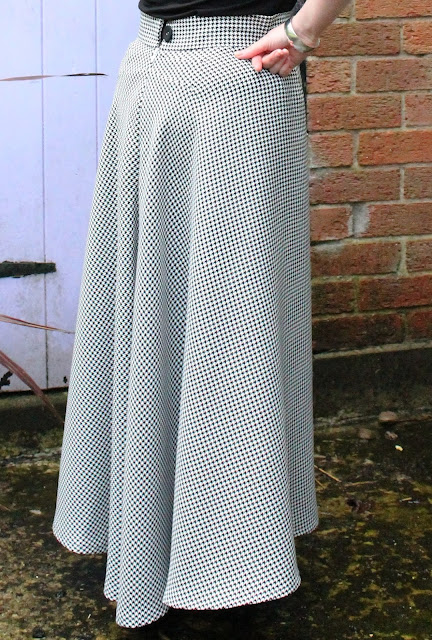 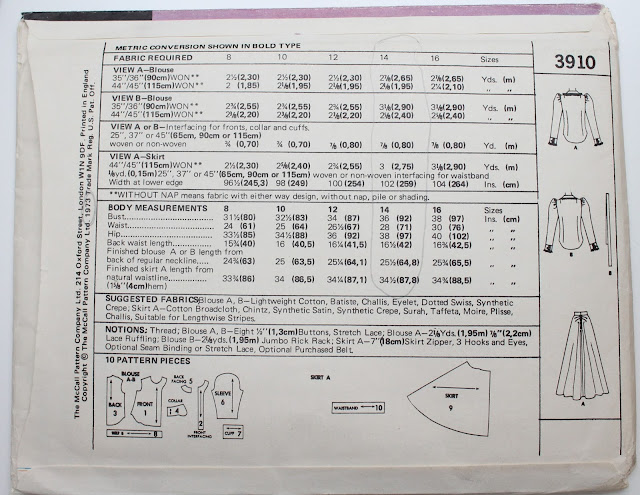 The pattern calls for a whooping 2.75 metres of fabric, but I think I used a little bit less.  My fabric is some black and white houndstooth suiting from ebay.  I ordered 3 metres, and got a bit more, but the cut edges looked like they'd been chewed off the bolt! 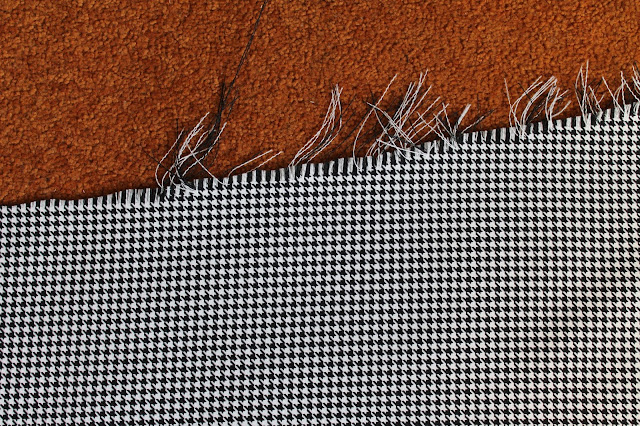 I didn't measure how much I used, but it definately wasn't as much as 2.75 metres, and I should have enough left for a dress.  As with the Style 4050 pattern, this is a single size pattern, and the seam allowances are marked on the pattern. 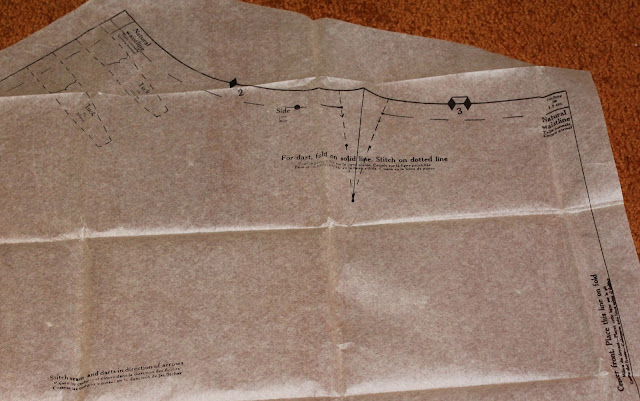 The pattern hadn't been used before, and I wanted to trace it because I knew I'd have to shorten it.  It was only when I was tracing that I realised the skirt is all in one piece, and the only seam is at the back.  Also, the waistband is a rectangle which folds over on itself, so that makes exactly two pattern pieces! 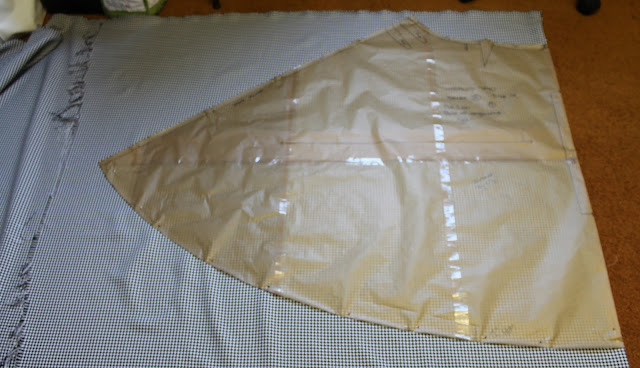 Because of the width of the skirt, it is cut on the cross grain.  It was really easy to make, the skirt is shaped at the front with two darts, although they sit a bit further away from the front that most skirt darts. 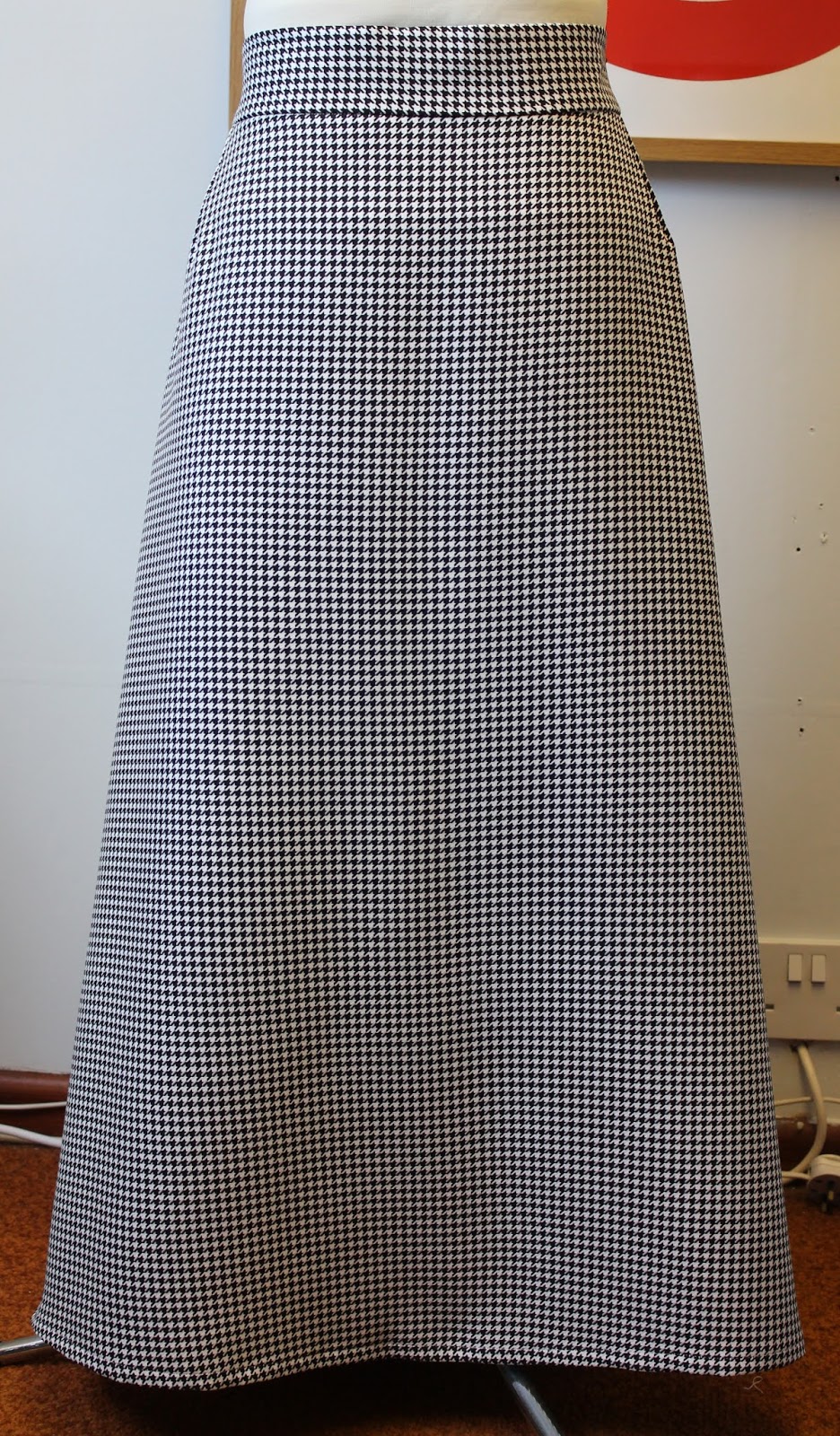 And the back is shaped by these amazing tucks. 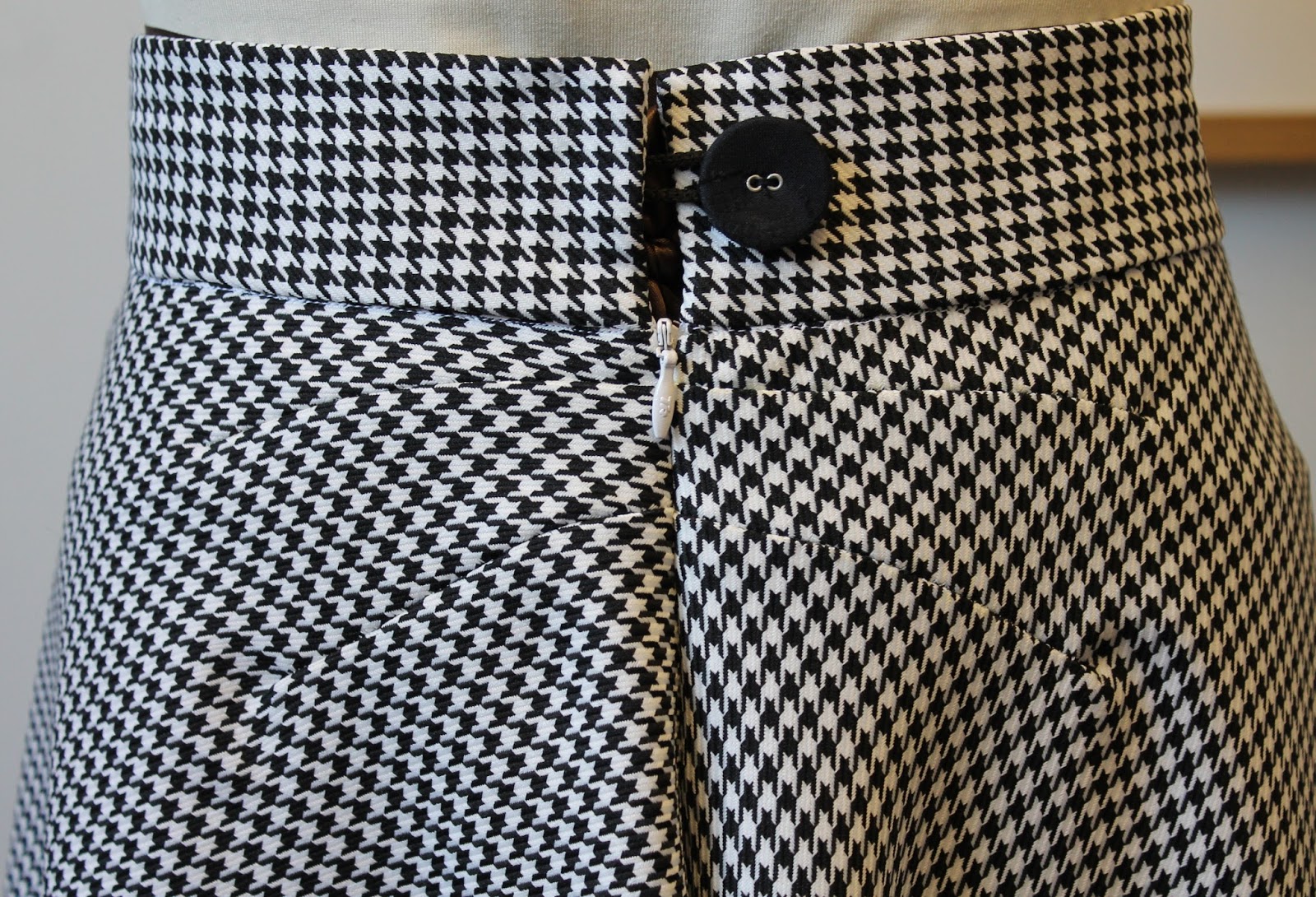 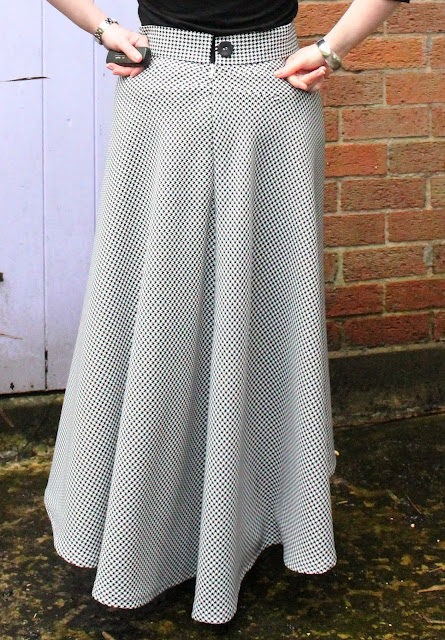 I shortened it by 9cm; there wasn't a lengthen/shorten line, so I ruled a line at a right angle to the grainline, and cut along it.  Also, I forgot to stay-stitch the waist line (which is so unlike me!  If it has a curve; I stay-stitch), and the waist stretched a bit.  But I was able to ease it into the waistband. 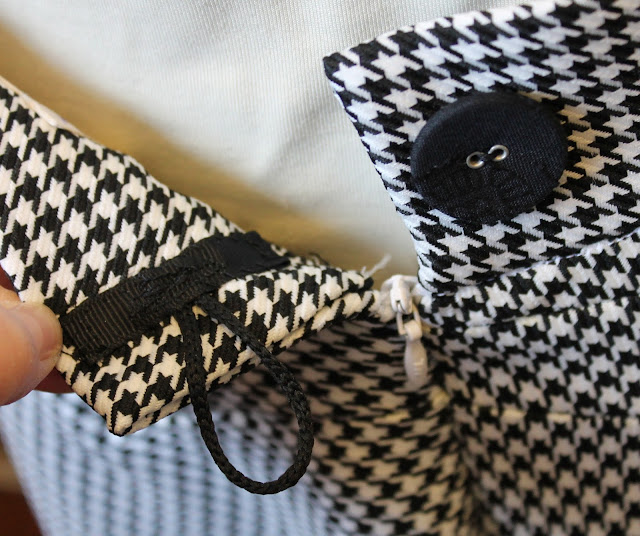 I forgot to take into account that the waistband doesn't overlap, and didn't have the required hooks and eyes to close it.  I found this lovely button in my button box, I think it came off a top I bought in Dorothy Perkins petite section a million years ago.  I got some black cord and made a button loop, attached the cord to some black ribbon, and hand-sewed it to the inside of the waistband. 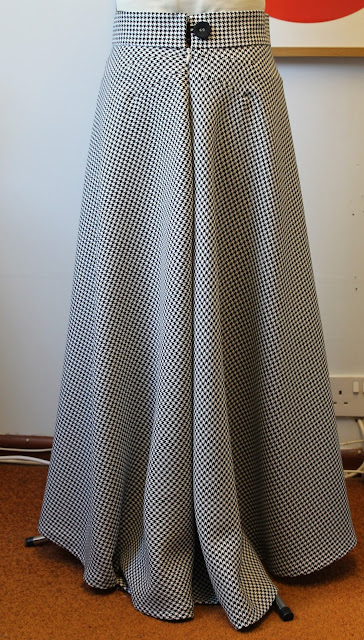 I love this skirt!  It's so swishy and brilliant, and also it's only the middle of February, and my #VintagePledge is complete!  Just sayin... 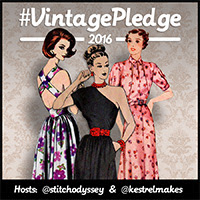