I'm blogging this out of order of making because I have another dress that was finished before this one, but I don't love the photos of it, so the tartan dress is going first.  And, also, because it is the tartan dress of amazingness! 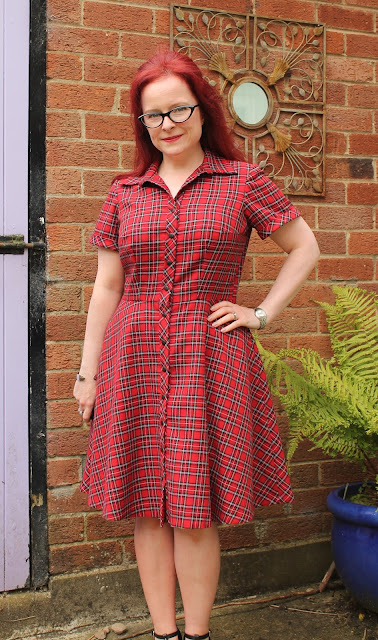 The idea for this dress came from a similar tartan dress I spotted on the interwebs.  The tartan on it was Royal Stewart, and I found this Mini Royal Stewart tartan at UK Fabrics Online.  It was a total bargain at £4.99 a metre and 150cm wide, so I ordered 3 metres, and have enough left for a skirt.

The bodice is the same as my Poppies Shirt Dress, and the skirt is from my Hawthorn dress.  I wanted to try a separate bias cut button placket, and although it gave me a few headaches (I even dreamt about it!), I'm delighted with how it turned out. 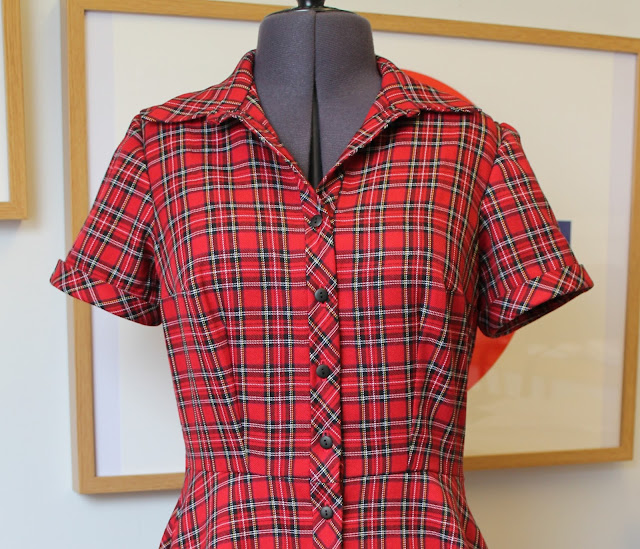 I couldn't find anything about drafting separate plackets (bias cut, or otherwise) in any of my drafting books, and the only pattern I had with a separate placket was McCalls 6696.  I couldn't really make sense of the instructions on attaching the placket - although I think it would have made more sense if I actually had the cut out fabric in my hands - so, predictably, I winged it.

I won't bore you with my first idea, it was weird and difficult to explain; my second idea was a bias cut front and a straight grain back, which you can see below.  I interfaced the bias cut placket, and am very please with how it turned out. 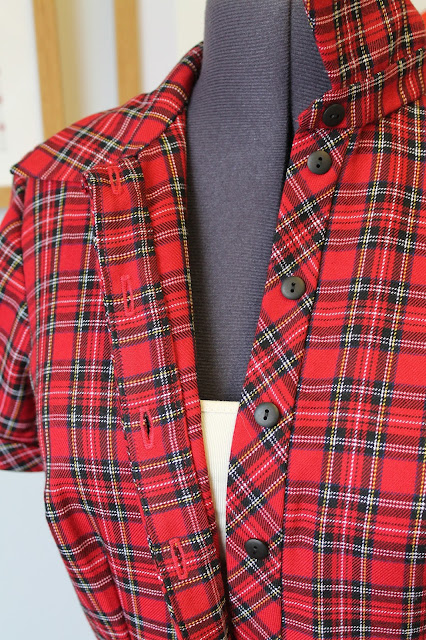 I also made a bias cut cuff for the sleeves. 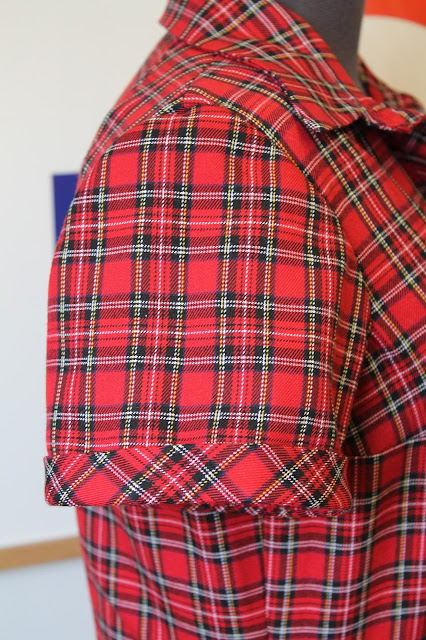 I ended up cutting it all out on a single layer so I could match the stripes; and as time-consuming as it was, I'm glad I did it. 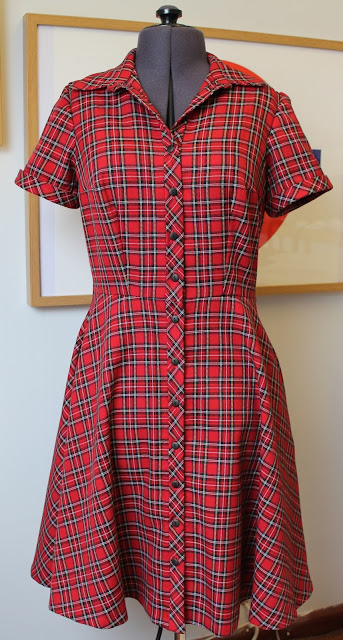 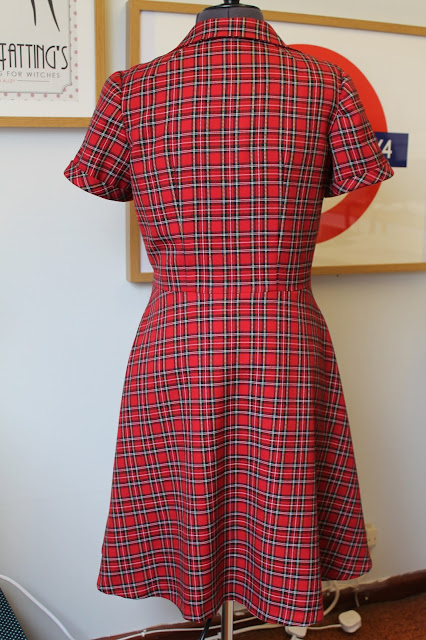 I really love this dress!  I can see it becoming a big favourite to wear in the winter, but I am still subbornly holding out and wearing my summer dresses.  They, and my sandals, don't get put away until the end of September! 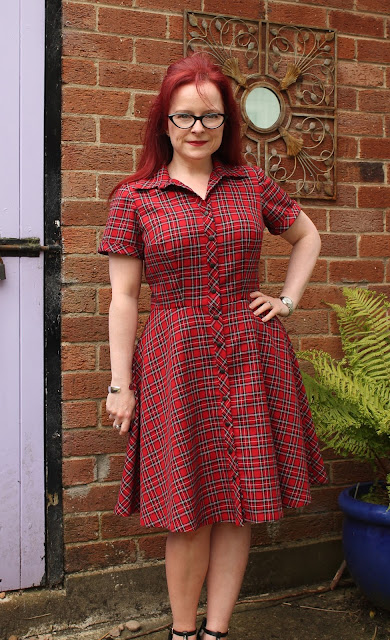