I've been quite frustrated with my lack of sewing over the last few weeks, so on Sunday I decided to just sew something, and that something was another pair of Margot pyjama bottoms from Tilly And The Buttons Love At First Stitch book. 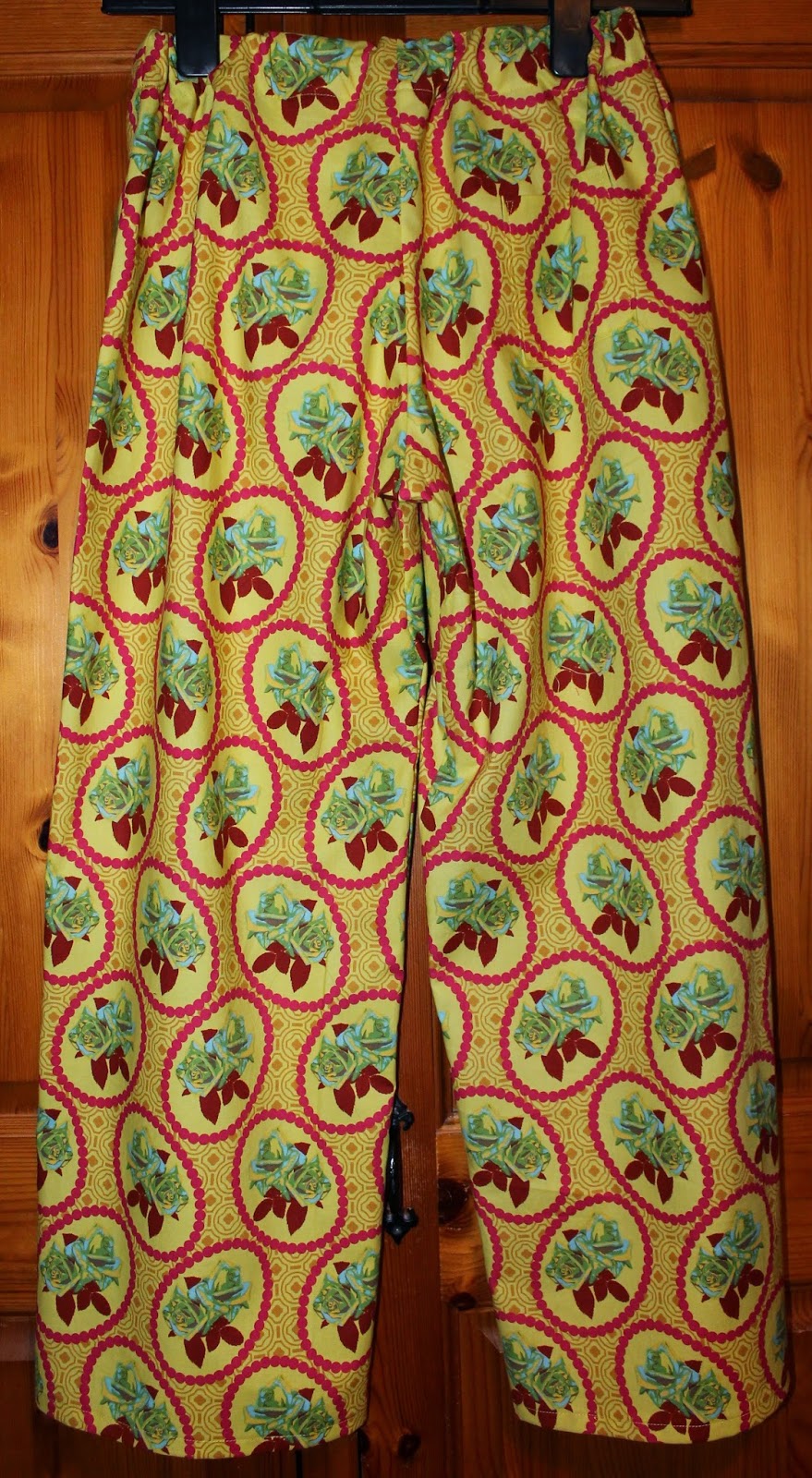 But I need to back up the truck and explain the lack of sewing.  There are two reasons; one good, one bad.  Let's start with the bad:

After my success with my self-drafted princess seam bodice, I decided that I was obviously a pattern drafting expert, and it would absolutely no problem at all to re-draft the Colette Patterns Rooibos dress pattern that my sister bought me two christmases ago.  Turns out I was wrong.

Three weeks, two skirt toiles and three bodice toiles later, I gave it up as a bad job.  But I am oh so close!  It's very frustrating.  The problem is with the seam that sits under the bust.  I can't get it sit properly without the back pulling, and I tried a lot of different solutions.  I know I'm really close to getting it right, but I am throughly sick of the sight of it.  After I had put it aside, I thought that I might be able to sort it out by using the pattern for the bodice of my Russian Dolly dress, as it fits beautifully.  But then I caught myself on, because it was all looking a bit too much like the end of The Italian Job.  I will come back to it at some stage, like maybe after I've drafted a few more simple bodices! 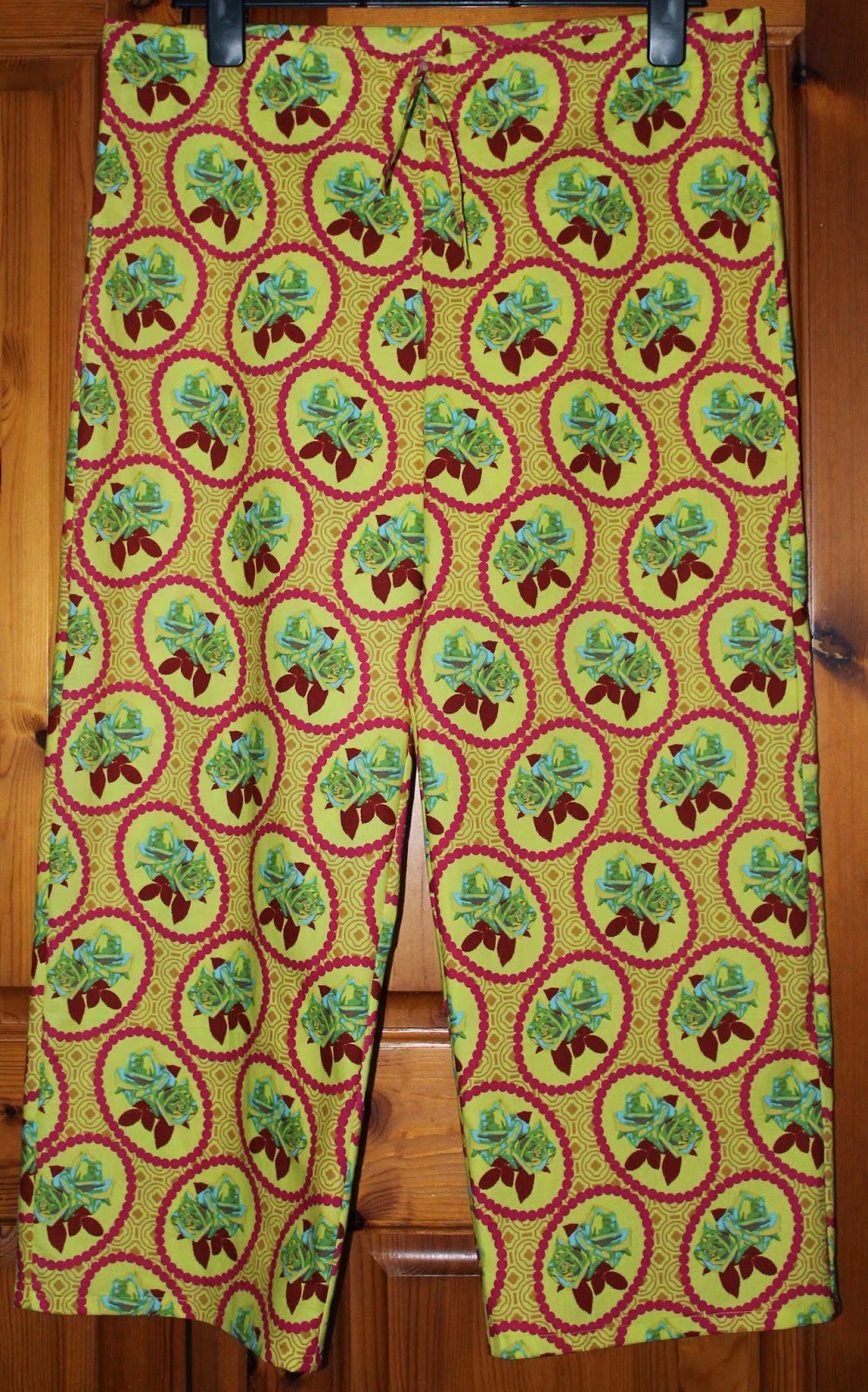 The second (good) reason is that I've been doing some decorating in my house.  You're probably thinking that always a bit of a nightmare (and it is, because it's been sucking my will to live the last two weekends), but this going to be my new sewing room!  I am stupidly excited about this, and of course I will do a post about it with loads of photos.


So, back to the jammy bottoms.  I spend most of last weekend painting, and finished on Sunday afternoon.  So then I started a pile of ironing.  While I was doing the ironing, I was watching the celebrity Great British Sewing Bee, and one of the things they made was pyjama bottoms.

I remembered this fabric I had bought in the christmas sales from The Village Haberdashery.   It's Anna Maria Horner fabric, and the print is called Hand Drawn Garden - Waltz In Coral.  When I got it, it was more yellow than I thought it would be, and I had half planned to make an apron with it, but on Sunday I decided it would be perfect for pyjamas. 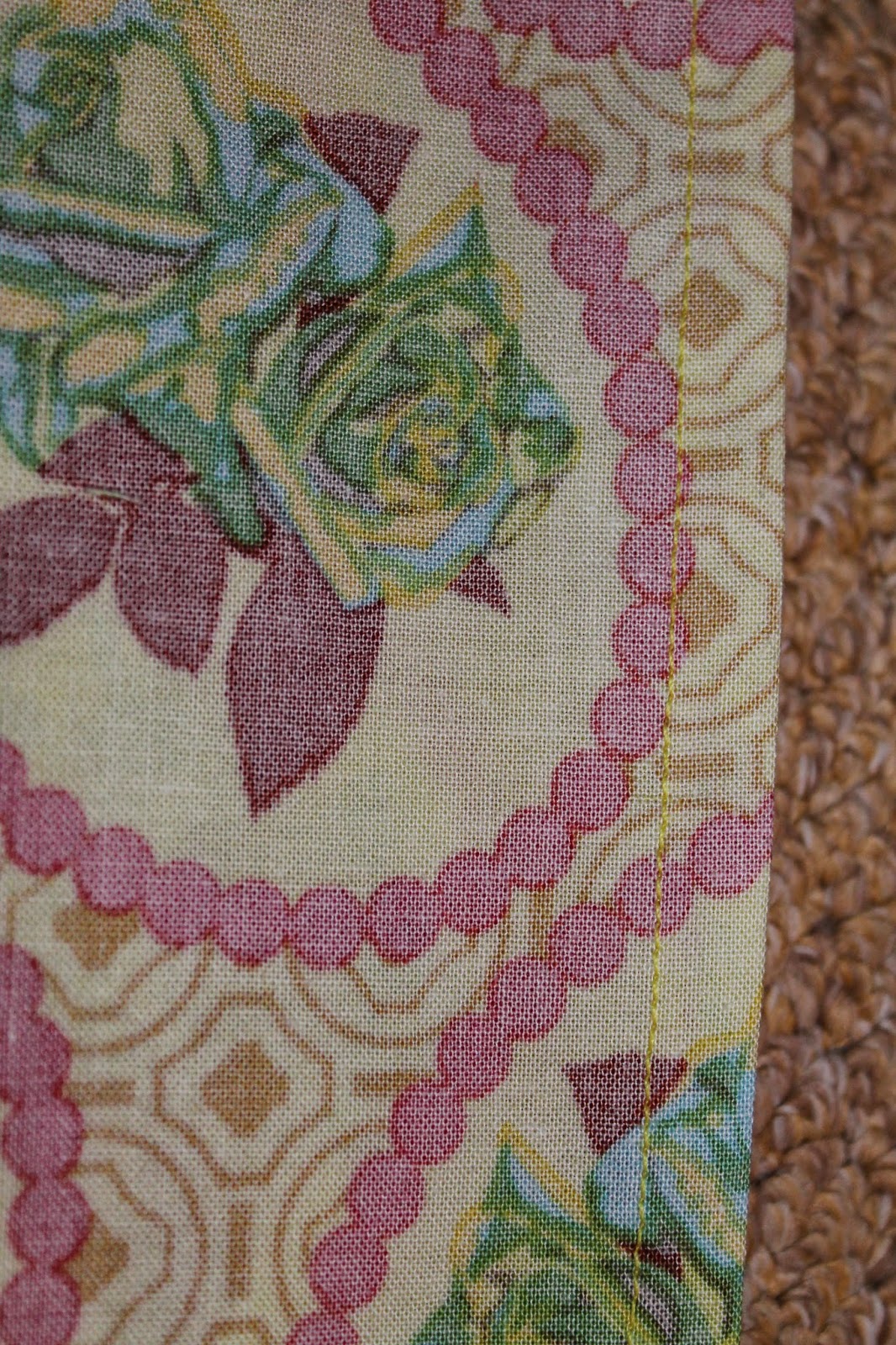 There's nothing more to say about the construction of these, as I have made them before.  The only thing I did differently was to use french seams throughout, and I loved every second of making them.


This pattern was the perfect solution for my "I just want to put some fabric to my sewing machine" mood, so I think I'll have to stock up on some cotton poplin from The Paragon in Belfast for when the mood strikes again.

Does anybody else have a favourite pattern for times like that?

PS - This Saturday (1st Nov) is the first Belfast sewing meet up, which has been organised by Ruth of Core Couture.  We going to see the Bolshoi Theatre costume exhibition at the Crumlin Road Gaol in Belfast.  If you fancy coming along, we'll be meeting outside the gaol at 11am.
Posted by Lynne at 17:23