I thought I'd combine both these makes into one post, as I've made other versions of both quite recently.

The first one is the Deer and Doe Airelle blouse (version one is here). 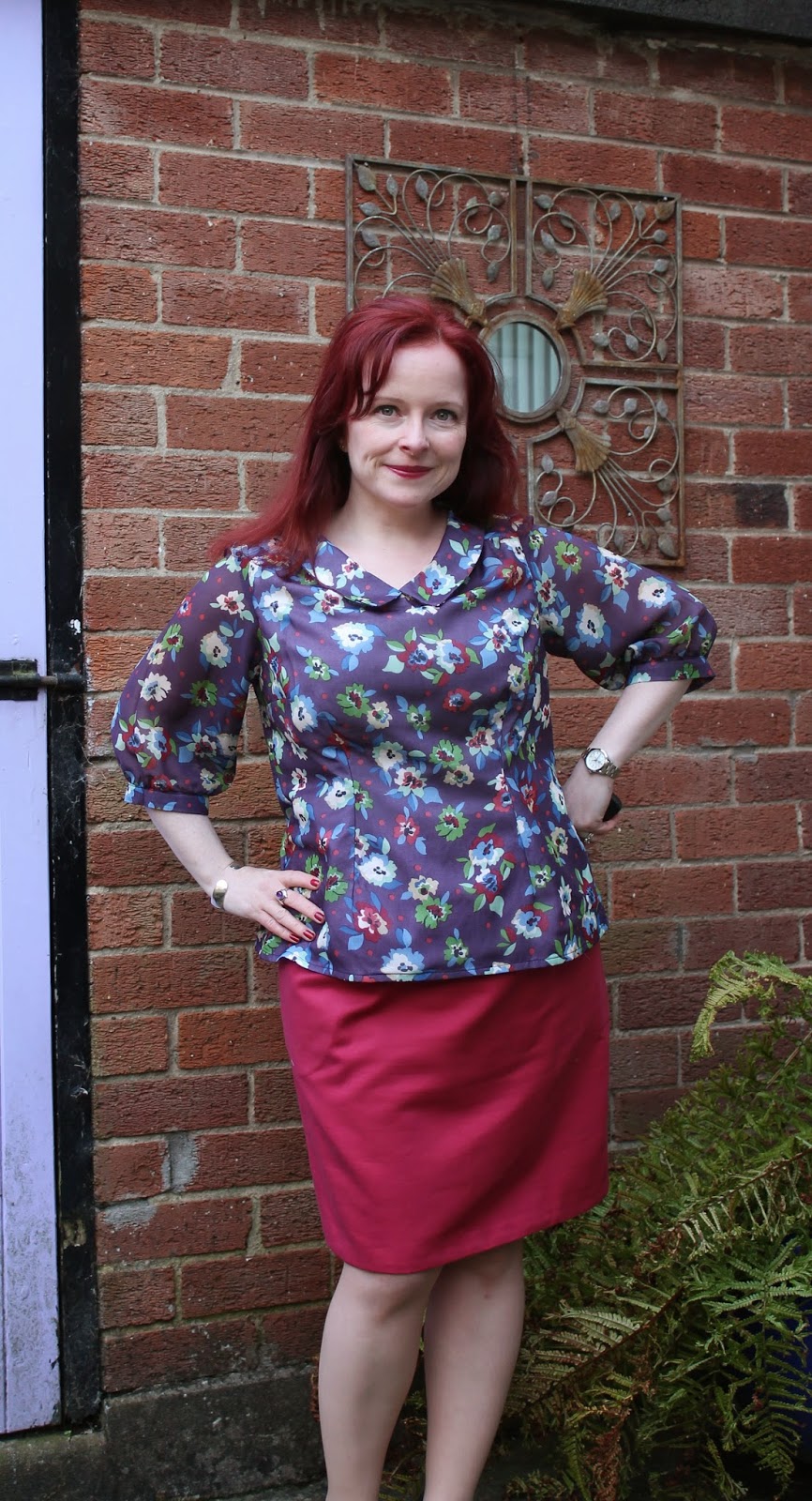 I made this with some chiffon type fabric that I bought in The Spinning Wheel in Belfast.  It was £12 per metre, but I got in the sale for £6 per metre.  It's gorgeous; but friends, let me tell you the definition of madness - making a Peter Pan collar from chiffon.  It was a nightmare!  I'm please with how it turned out though. 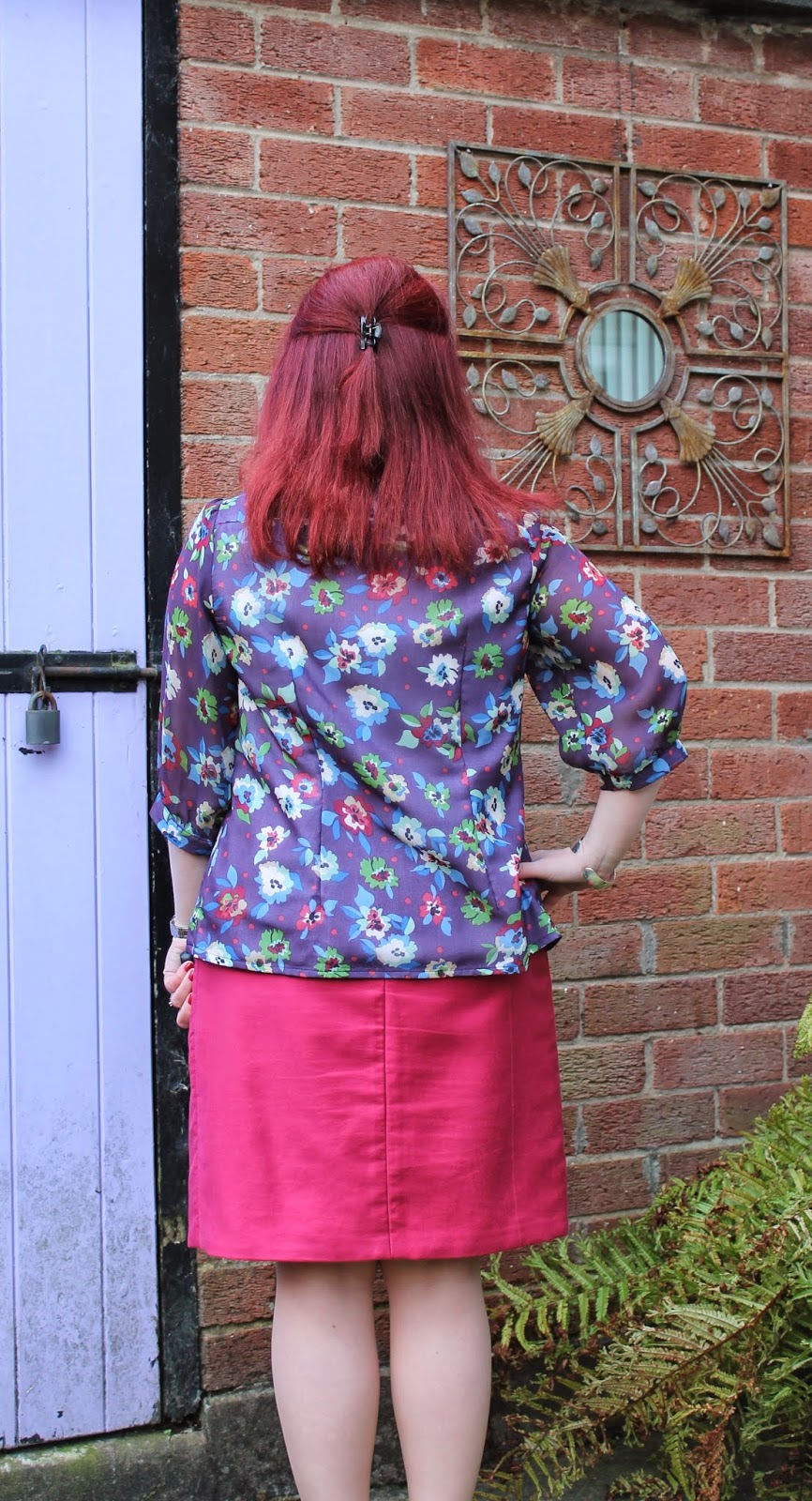 I pre-treated the fabric first using a technique I read about on Sew Buzy Lizzie's blog (which had come from Lena at The Sewing Space).  It involves soaking the fabric in a gelatin solution, which is then washed out once you've finished sewing.  Click on the the links for all the details. 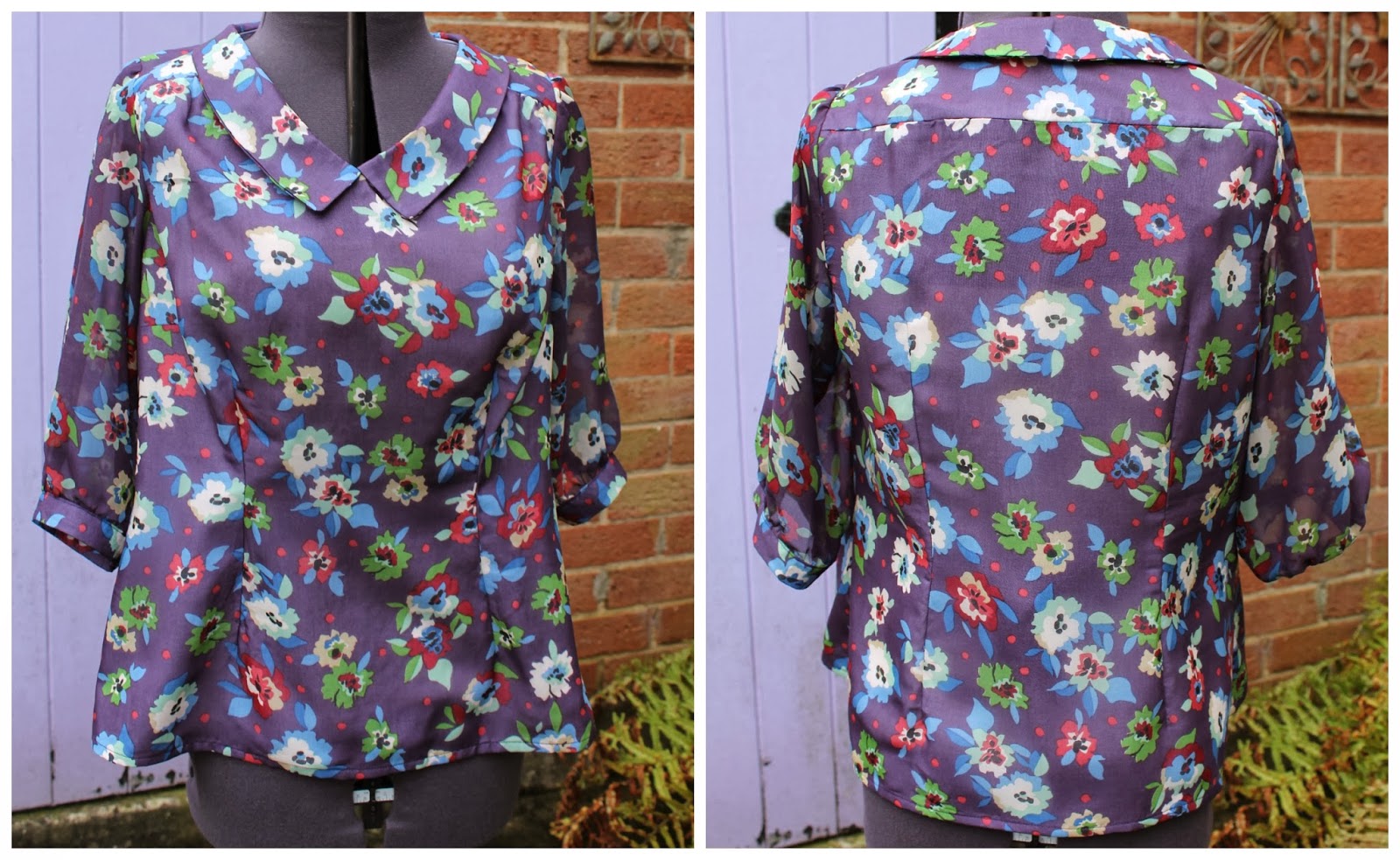 I found the gelatin trick worked really well, my fabric wasn't like cardboard, but it was definitely easier to cut and sew.  I would recommend using a rotary cutter to cut it though - I wish I had done it!  I dread to think how that collar would have turned out if I hadn't used gelatin! 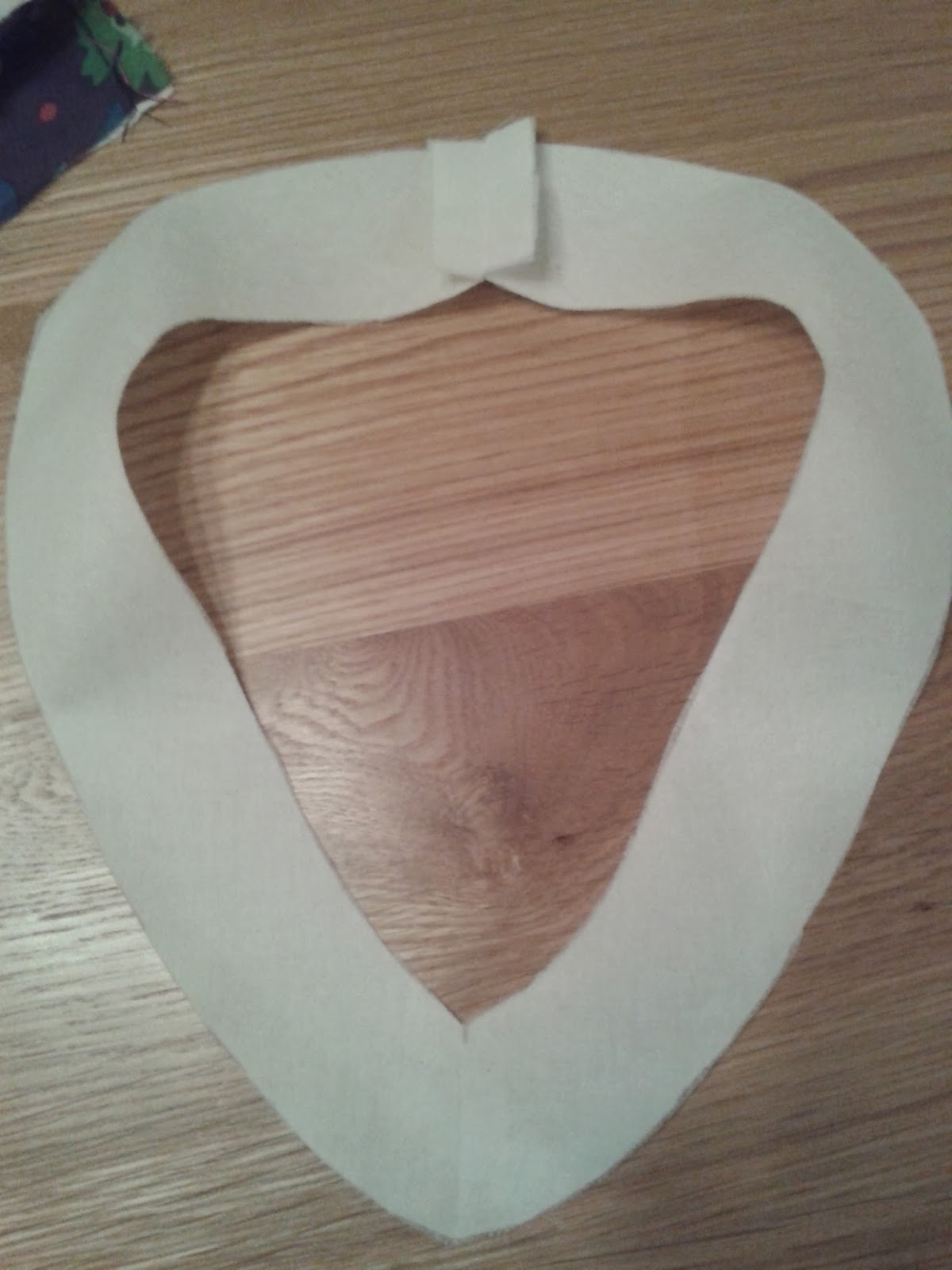 I had a bit of trouble understanding the instructions for the neckband facing - I used bias tape on the first version.  I ended up sewing the two short ends together as in the above photo.  Apologies for the rubbish photo (I took it on my phone) but this worked for me, and I thought it may help someone else. 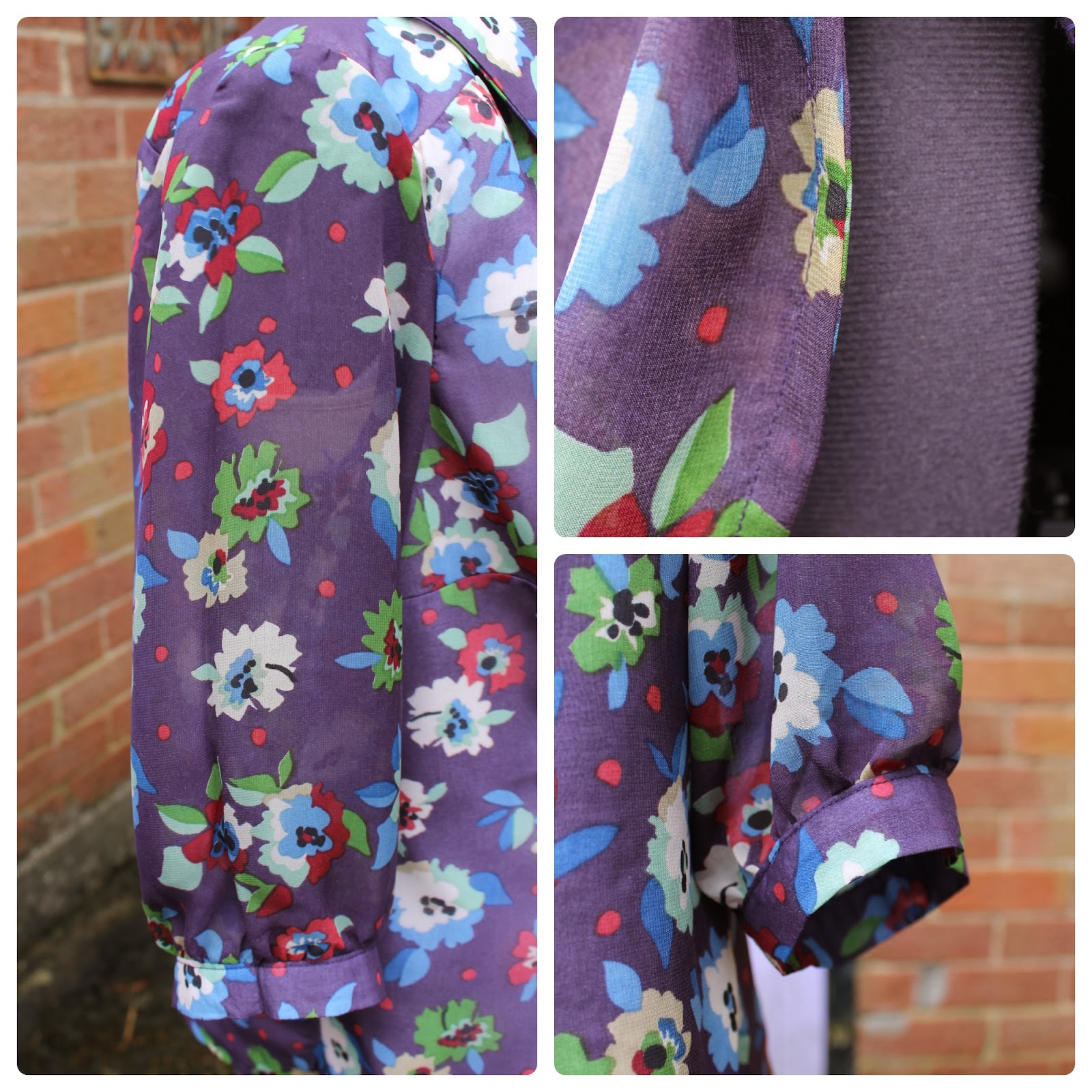 I underlined the front and back with white cotton lawn, I left the sleeves unlined and sewed a french seam on them.  The only alteration I made from the first version was to make a Full Bust Adjustment of 2cm. 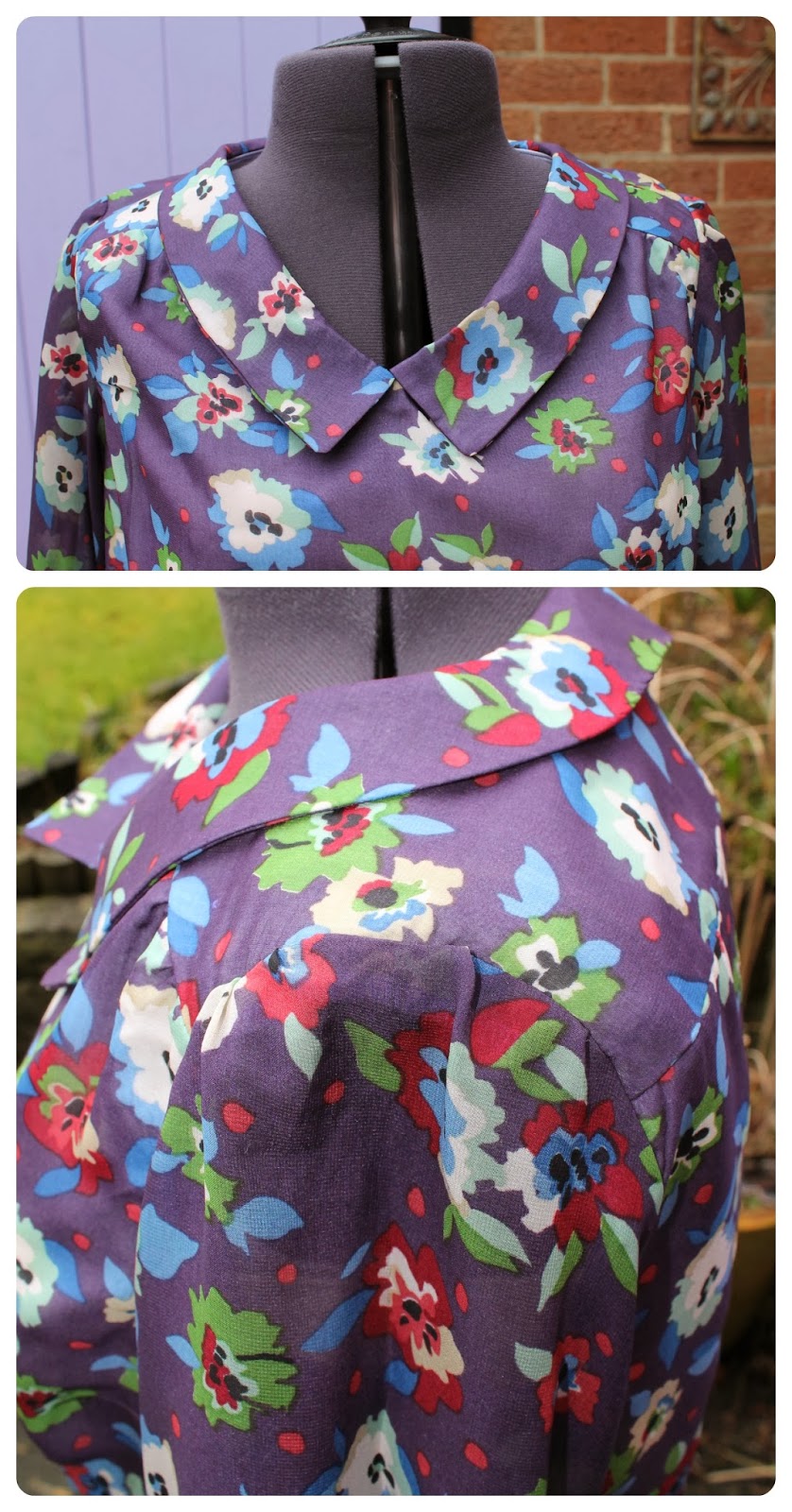 My second make is the Sassy Librarian Blouse from Craftsy.  My first version is here. 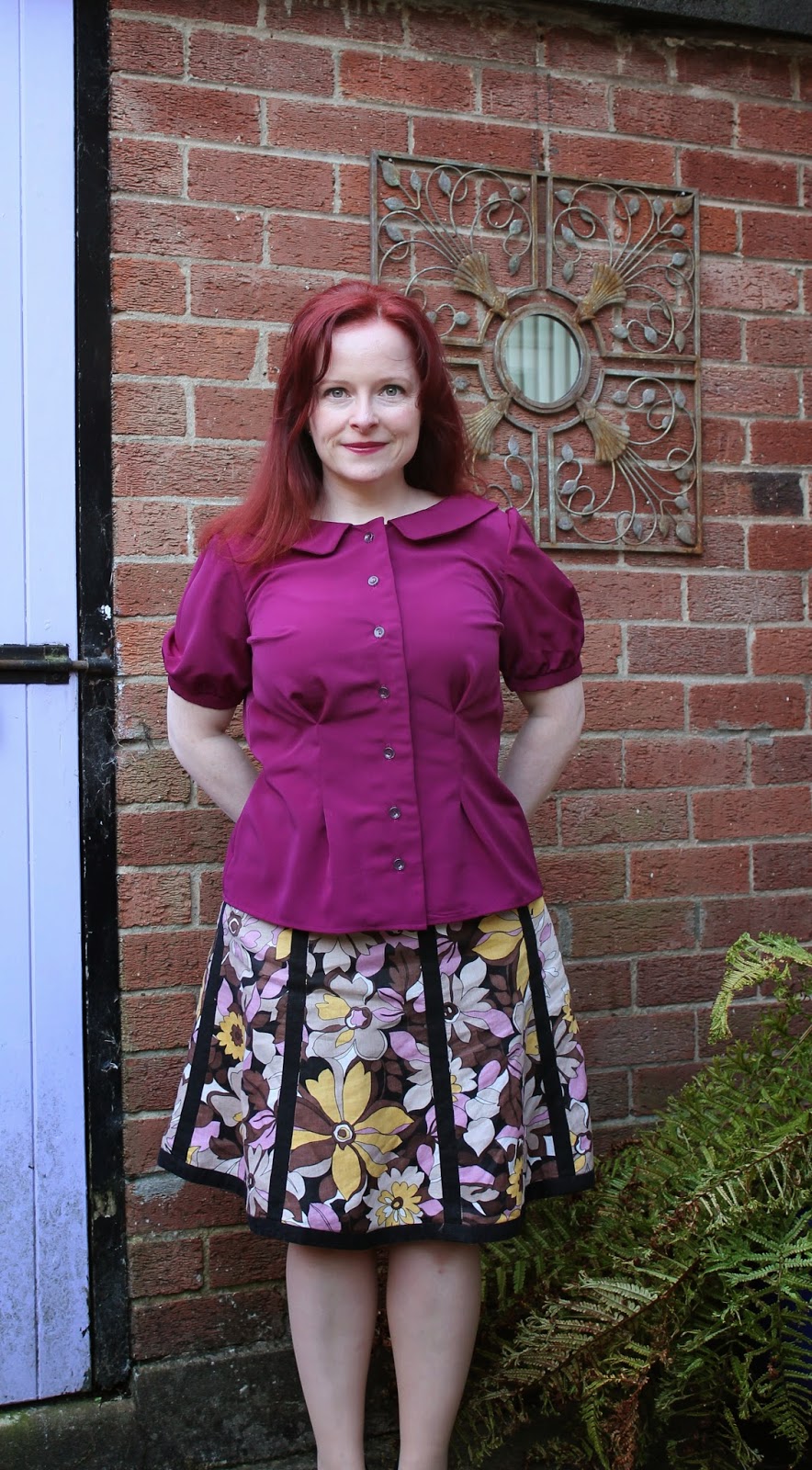 This fabric was also from The Spinning Wheel, it's called Peachskin, it's 100% polyester and was £7.50 per metre.  It looks quite pink in the photos, but it's more purple in real life.  I love this fabric!  They also had it in red, so I might have to buy it next time I'm in.  I used the gelatin trick on this, and it worked beautifully, and I also cut it with my rotary cutter. 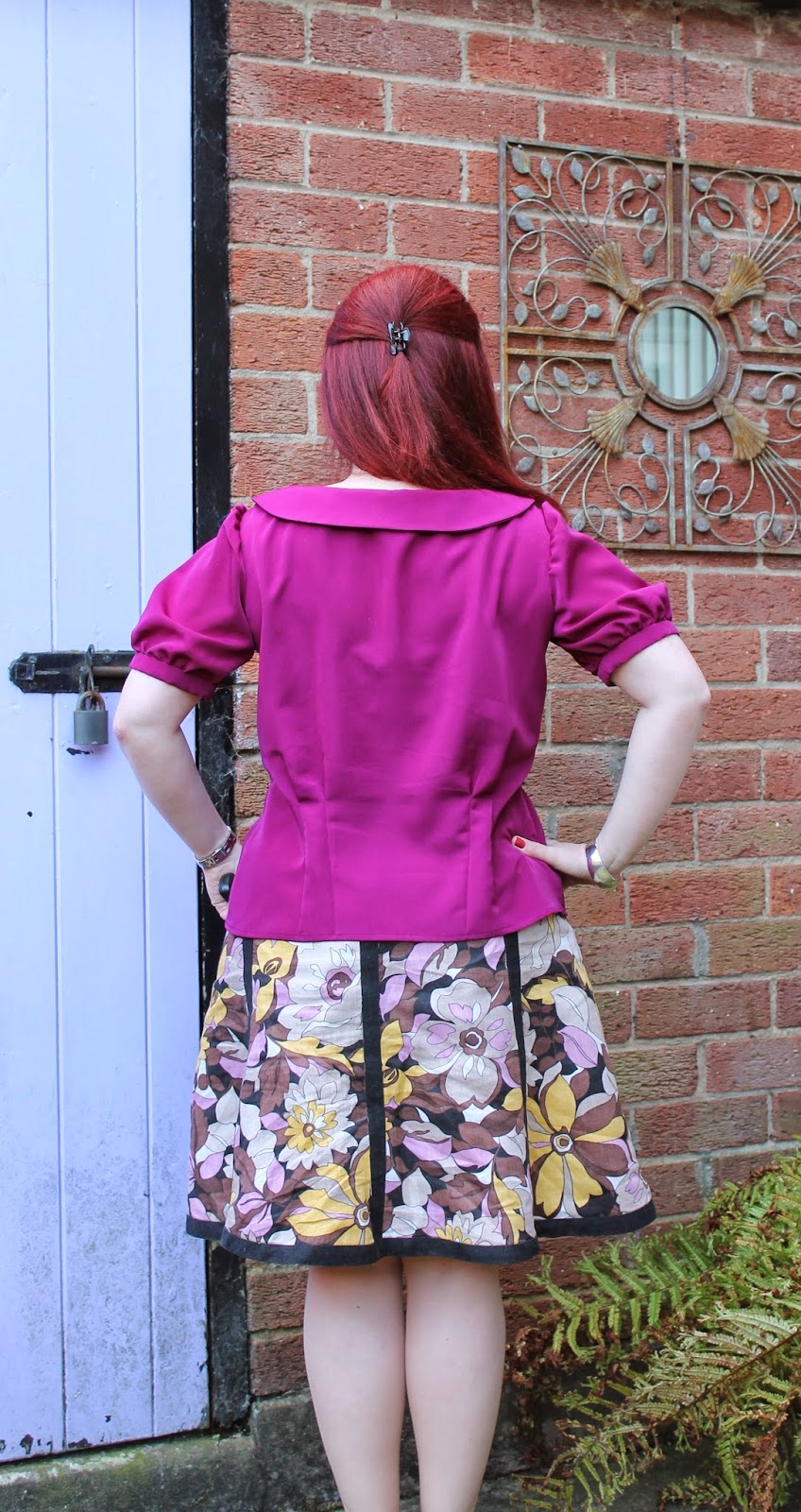 By the way, I didn't make this skirt.  I bought it in TK Maxx years ago, and I would say it's my favourite skirt.  I love it's 70s "Oh, my retinas!!" print; and if it looks a bit creased in the above photo it's because it's linen, and I was wearing it to work the day I took these. I raised the back of the neckline, after having lowered it on my first one; and I think you can see the pleats and darts more clearly on this plain fabric.  I love my buttons, they were from Sew N Sew in Belfast, and I think they were about 4p each - you can't say fairer than that! 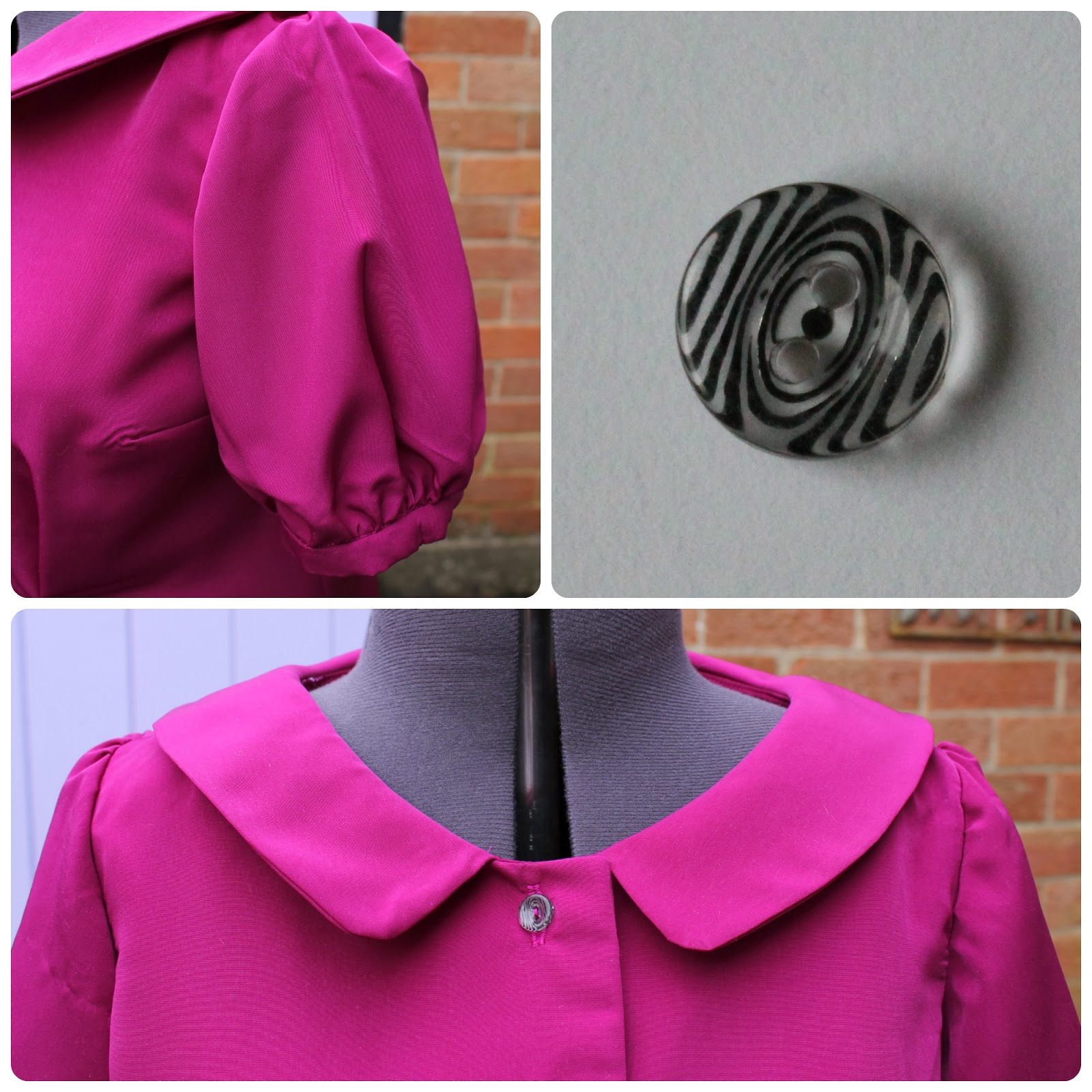