This is the Manu Cardigan by Kate Davies.  I've been wanting to knit this for ages; in fact, I think I started it before, but my yarn was too thick and it got frogged.  I'm delighted with how this one turned out though.

The photo above is closest to the real colour, the rest of the photos look deceptively pinkish (I'm still trying to get the hang of my new camera!).  The yarn is Rowan Felted Tweed DK, this colour is called Rage.  I got it from Attica just after Christmas, it was in the sale, but I can't remember how much it was now.  I bought seven skeins, and used six and a bit.  It is gorgeous yarn, it was lovely to knit with, and it has little different coloured flecks through it which you can hopefully see in some of the photos.

In these photos I'm wearing it with my Pastille dress.  I had originally lengthened the skirt, but I wasn't happy with it; I thought the length was a bit frumpy looking, so I added another pleat to shorten it, and am happier with it now.  Anyway, back to the cardigan. 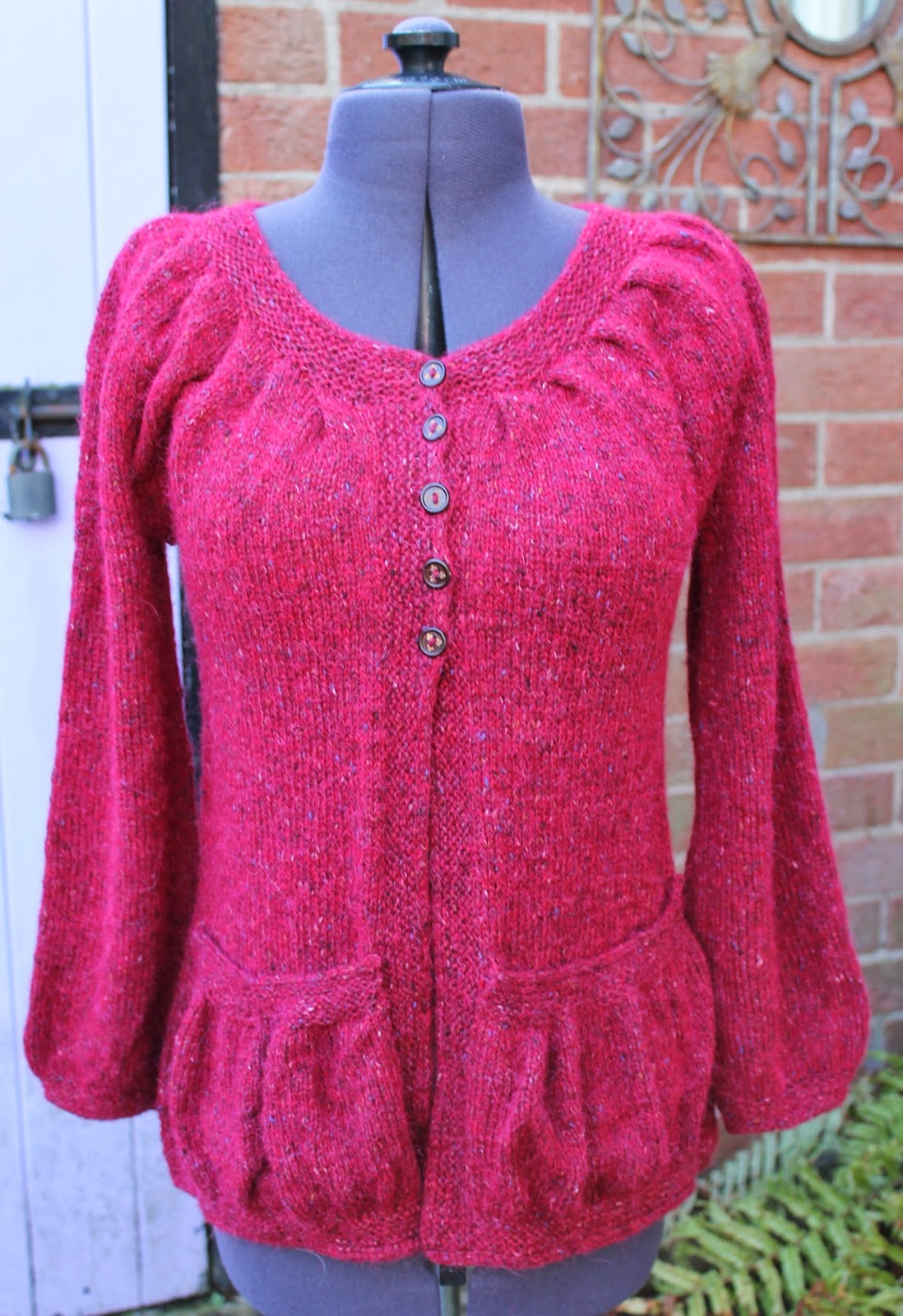 It's knit in one piece from the bottom up.  You start off with a provisional cast-on, and knit up to the underarms, shaping it at the waist.  The sleeves are then knit separately, attached to the body, and the shoulders are worked with wrapless short rows.  Being a visual learner, I had a bit of trouble understanding the short-row instructions, as they are different to the Wrap-and-Turn short rows that I've done before.  But around the time I was getting to the short rows, Ysolda posted this great video on these type of short rows, and it was just what I needed.  It explains them beautifully, and I was short-rowing like nobody's business! 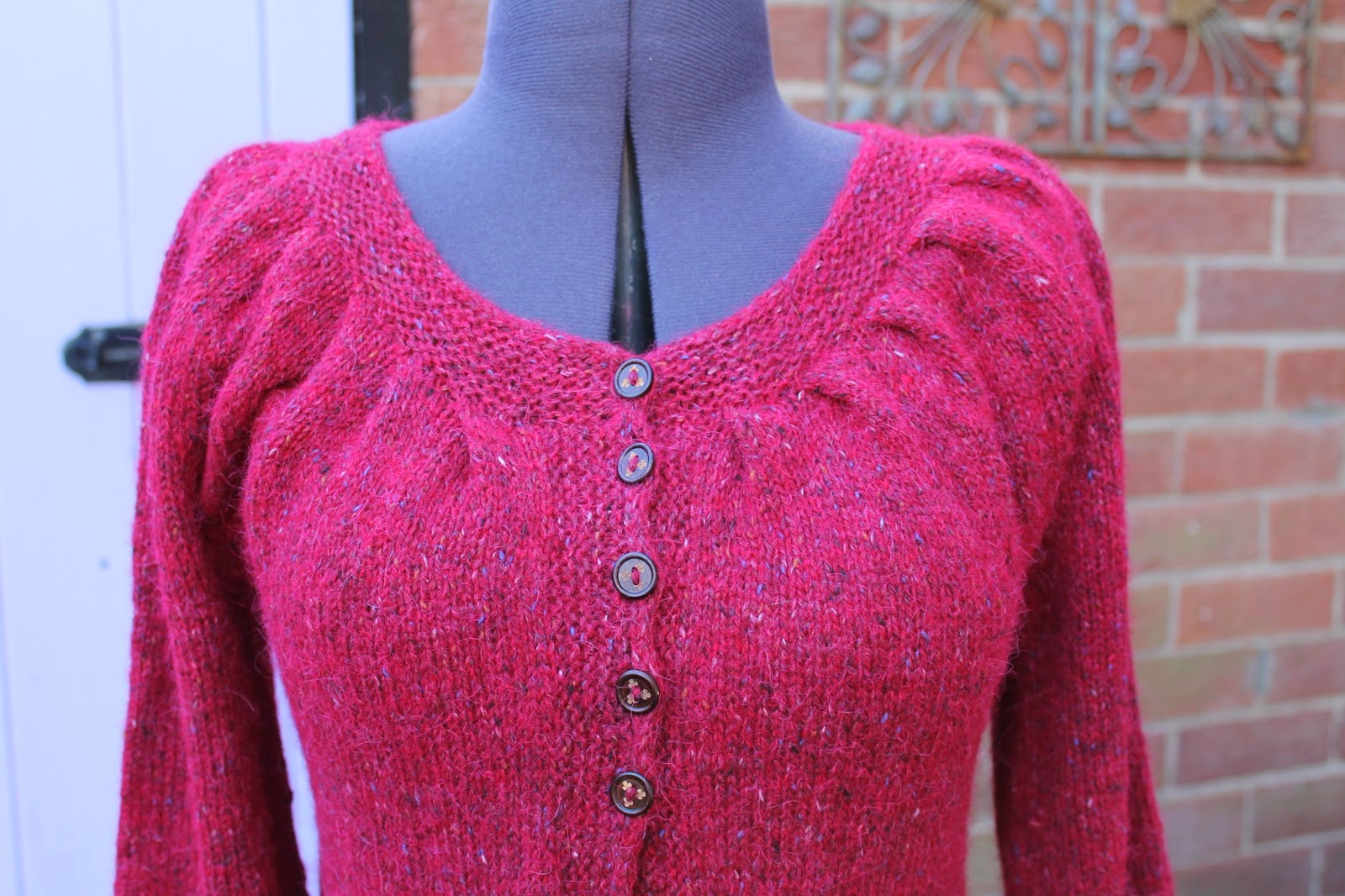 The neckline is decreased with these lovely pleats.  They were weren't difficult to knit, but were a bit fiddly, which made them very time consuming.  I had seen on Ravelry that some folks had mirrored their pleats from the centre back, and it looked really well; but I was pretty sure I'd make a horlicks of that, so I did them as on the pattern. 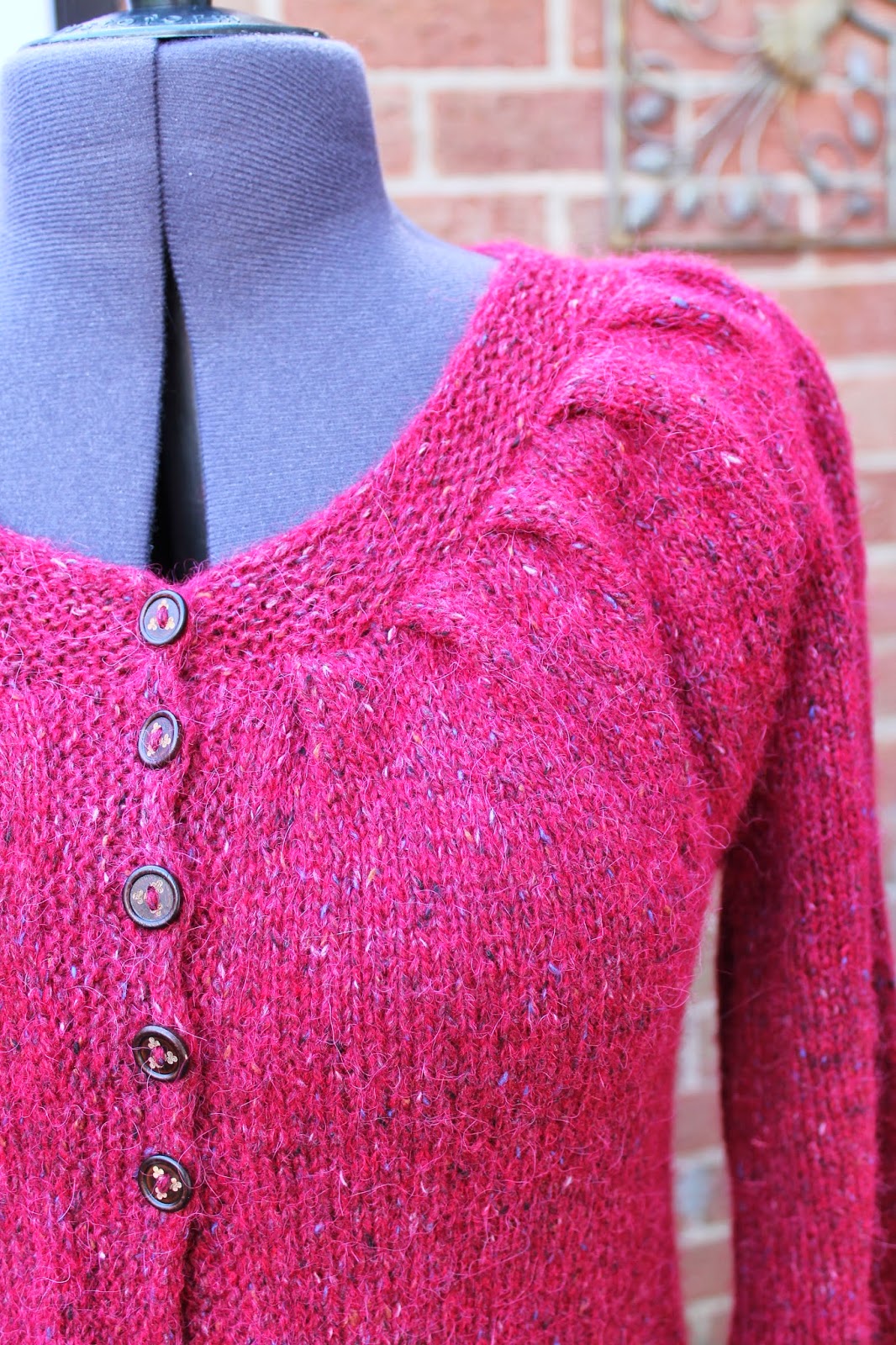 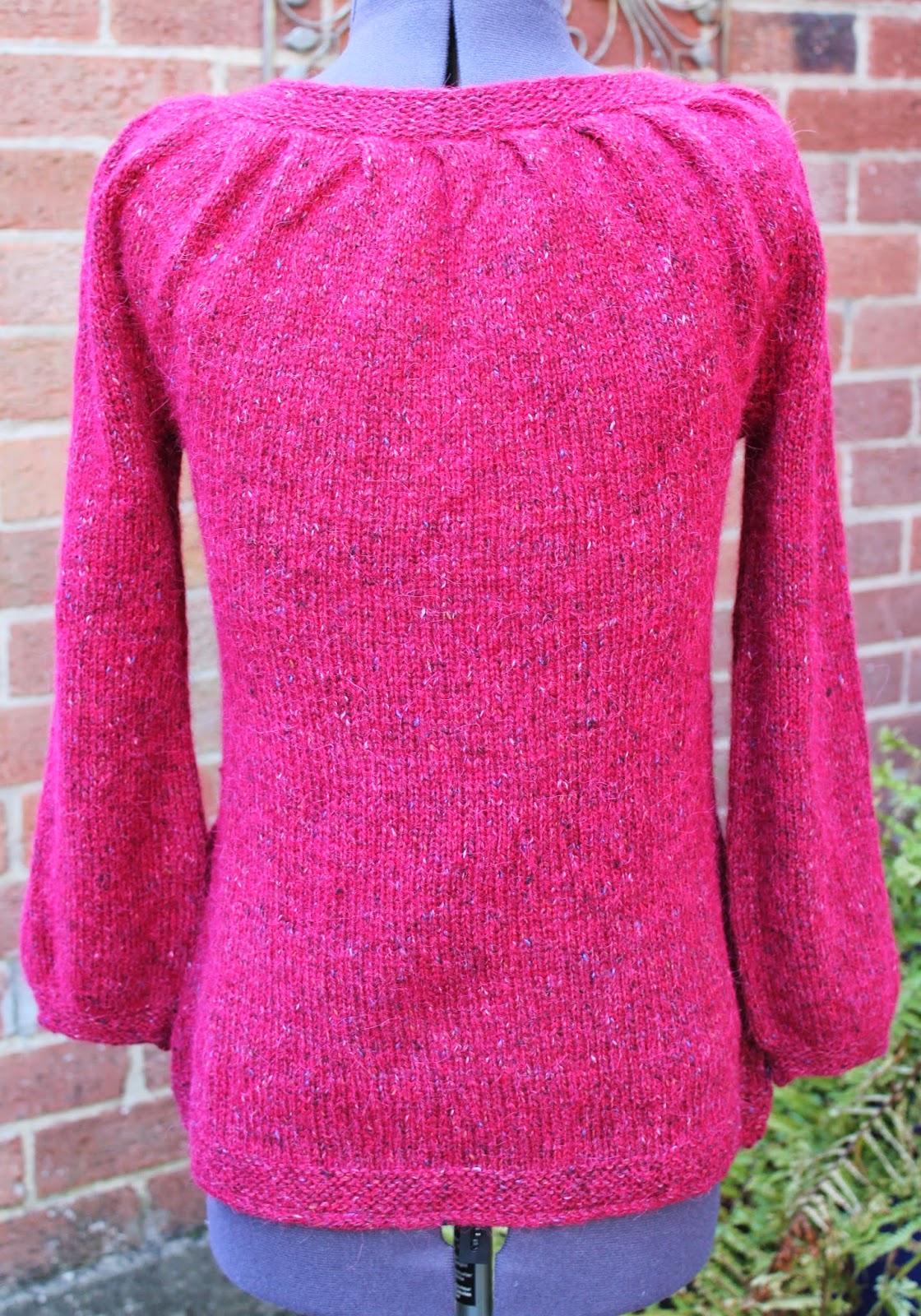 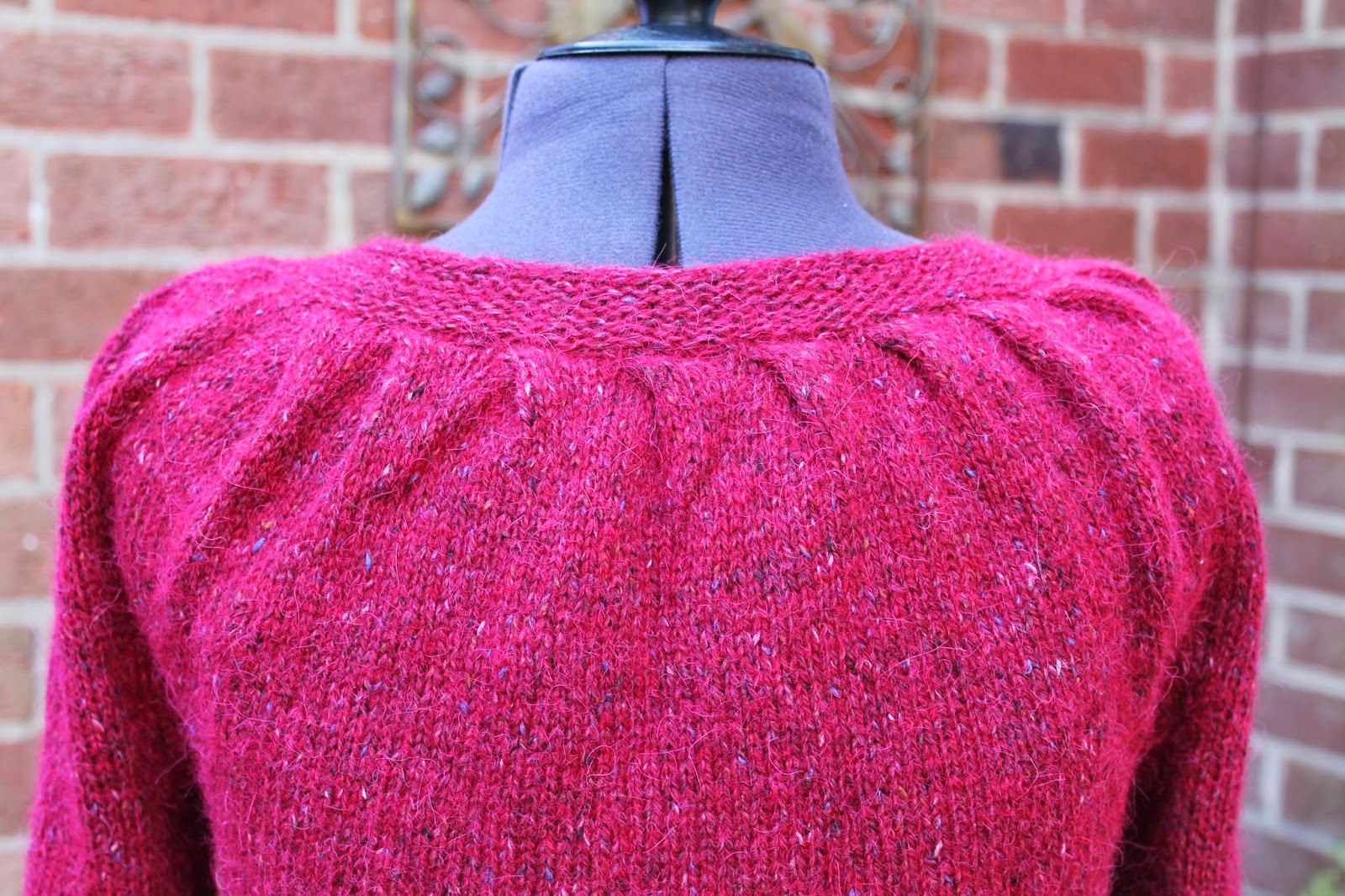 The pockets are added at the end by picking up stitches from across the top of the garter stitch band.  The two side seams of the pocket are then hand-sewn to the cardigan front. 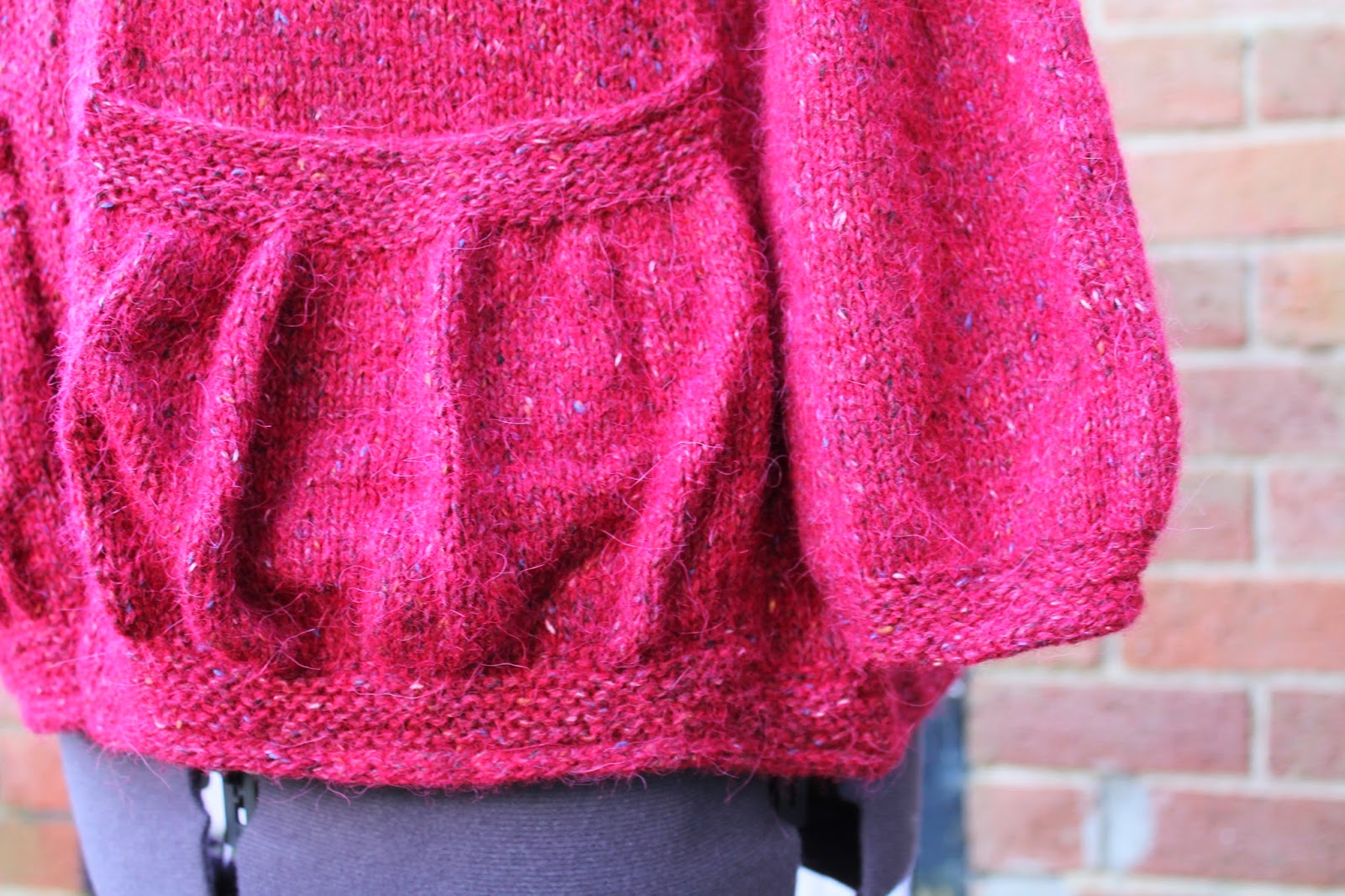 I had a bit of trouble understanding the instructions for the i-cord edging, so I used this tutorial I found on Craftsy. 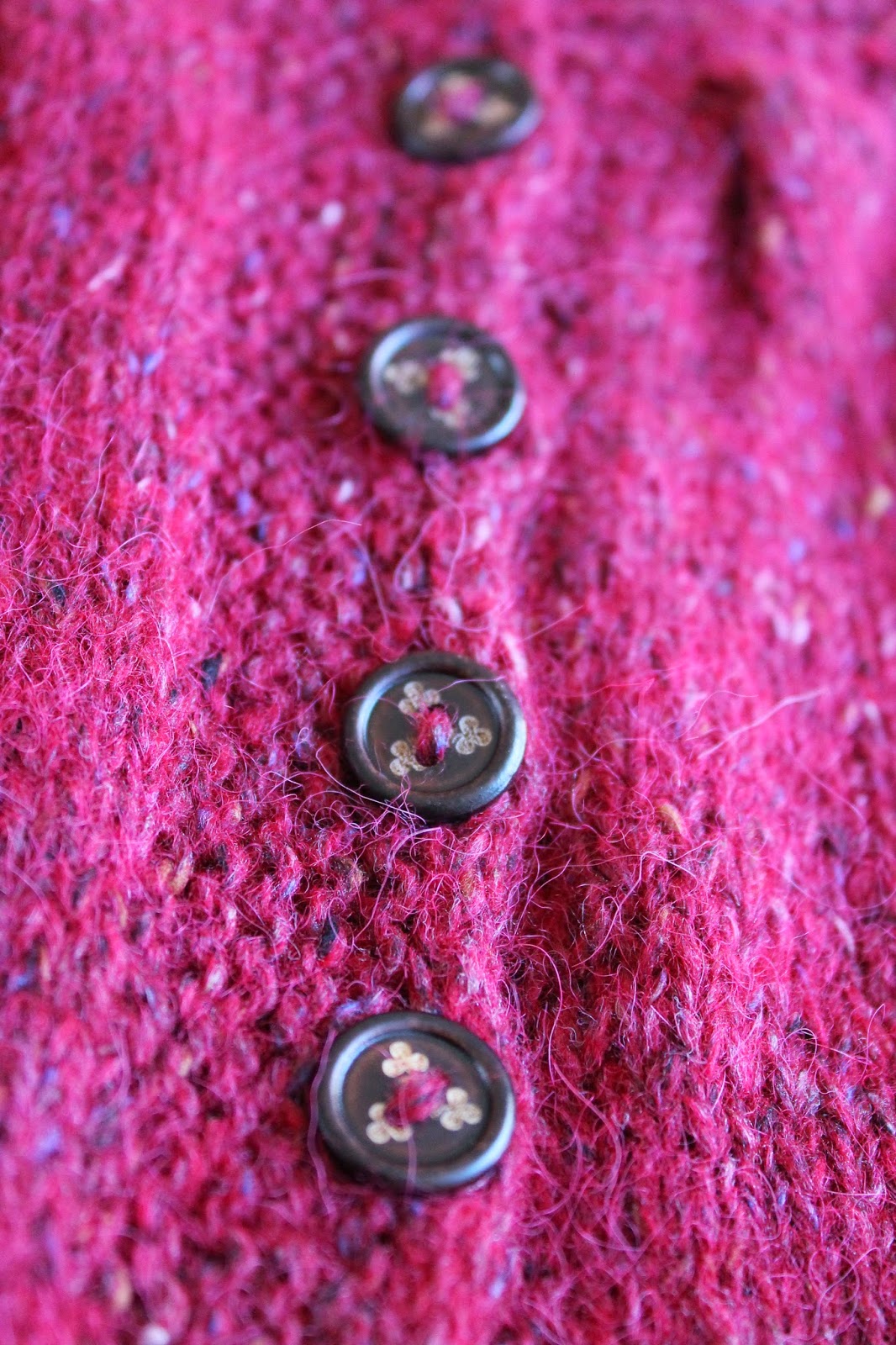 The buttonholes are made within the i-cord edging.  I had lovely wooden buttons in my tin that I wanted to use, but I only had three of them; so I got these buttons from Totally Buttons.  I liked the circles on them, I thought they looked a bit like shamrocks. 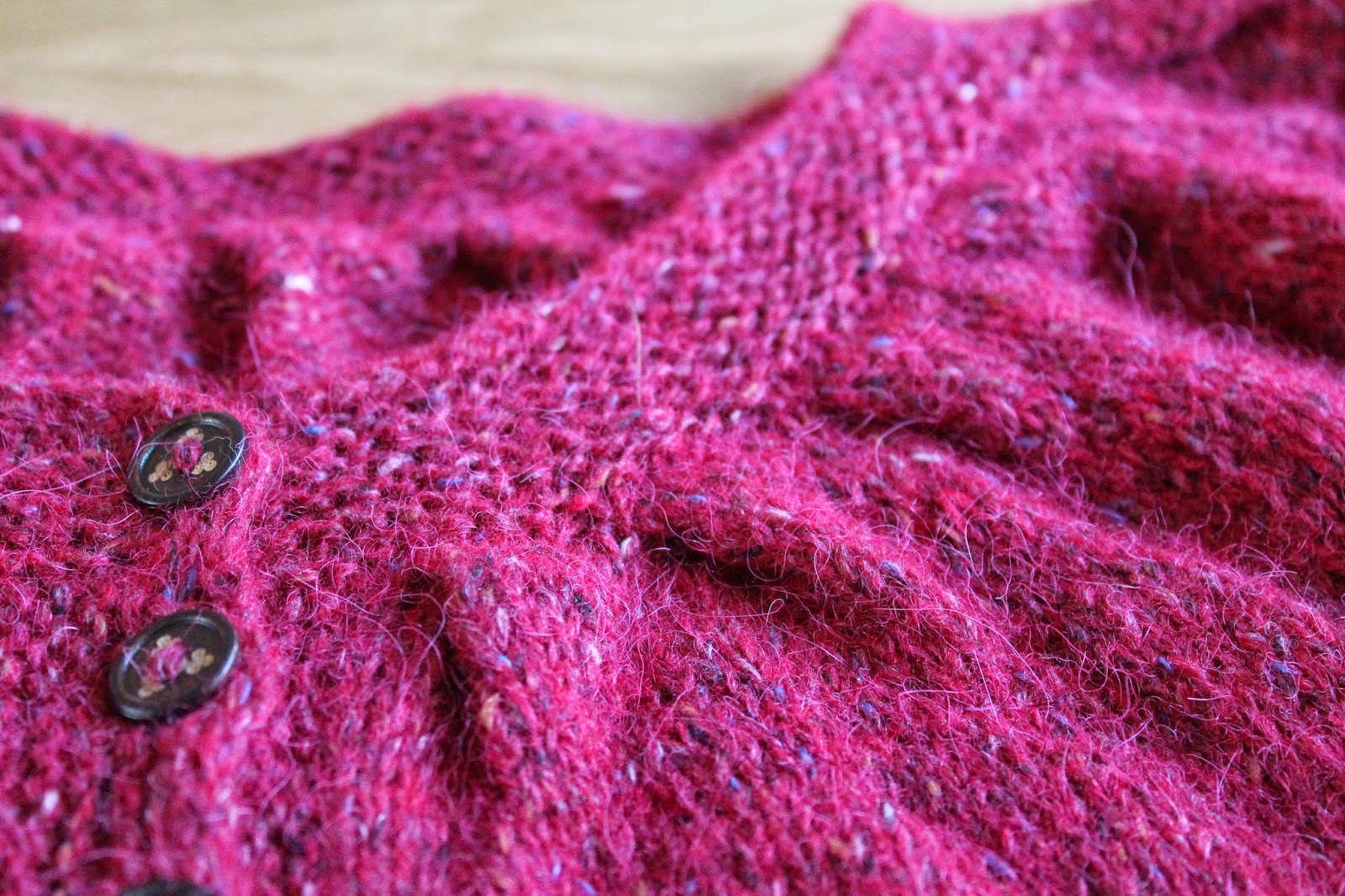 I made the smallest size, and used 3.25mm needles for the body.  This is smaller than recommended on the pattern, but seemed to be quite a common thing on a lot of Ravelry projects.  I stalked Ravelry when making this.  Seriously, what would knitters do without that site?!  Here's the link to my Ravelry page for this.  I also used smaller needles for the garter stitch (3mm) and the i-cord edging (3.75mm), I wish I used slightly larger needles for the edging though.  The only mods I made were to shorten the body and the sleeves a bit.

So that's my Manu.  Quite a few Ravelers said they found the stocking stitch a bit boring to knit, but I loved it because it was easy TV knitting.  I'm really pleased with how it turned out, and expect to wear it a lot, as it goes well with quite a few of my dresses.

And I've already started my next knitting project.  It's a shawl called Whippoorwill.  When I was watching The Great British Sewing Bee a couple of week's ago, Lynda (who I so want to win!) was wearing this beautiful rainbow coloured shawl.  A bit of Twittering lead me to the pattern on Ravelry. 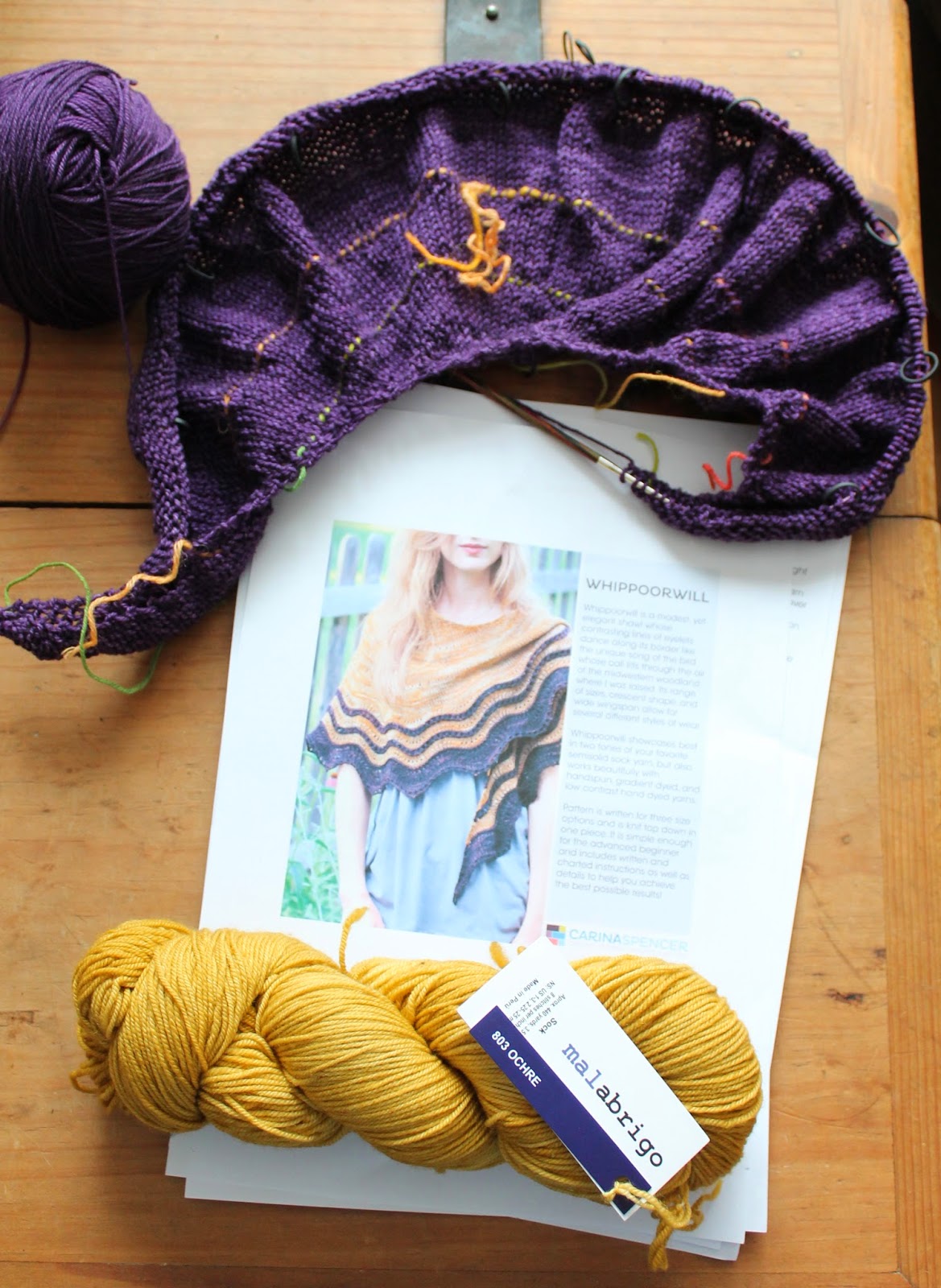 I'll do a proper post on it once it's finished, but I have a question for my knitting readers.  My yarn is superwash Malabrigo Sock Yarn, the purple and yellow in the photo above.  I'm making the main part of the shawl in purple, and the contrast in yellow (the opposite to what's in the pattern photo).  I'm a bit worried about the purple dye running into the yellow when I come to block it.  I'm going to knit a stripey swatch and test-wash it before blocking the real thing, but I'll probably spray the shawl with water, rather that soaking, it when I block it.  I was wondering though if anybody had come across one dye colour running into another, and how/if they fixed it.  I would really appreciate any help.  Thank you!